While I’m making my move into GitHub, I’m gonna leave you with the script available for download on my GitHub:

The script does following in headlines and needs some editing to suit your environment:

NOTE: I put a lot of effort into creating proper logging in the script, which should make 99.9% on the content self explanatory (I hope). If anything is unclear, hit me up on twitter or in the comments section down below. 🙂

For testing purposes, I’m manually overriding the baseline version to 13.3.

I’m also overriding all the iOS devices found restricting the initial test to my own devices, so I don’t accidentally sends e-mails and notifications to all my users . Remove these parts in the script when moving to production.

First of all, this will require an Automation Account in Azure. This is pretty basic and straightforward and is explained in a few steps on MS docs here: https://docs.microsoft.com/en-us/azure/automation/automation-quickstart-create-account

For your convenience, here’s a snip of mine: 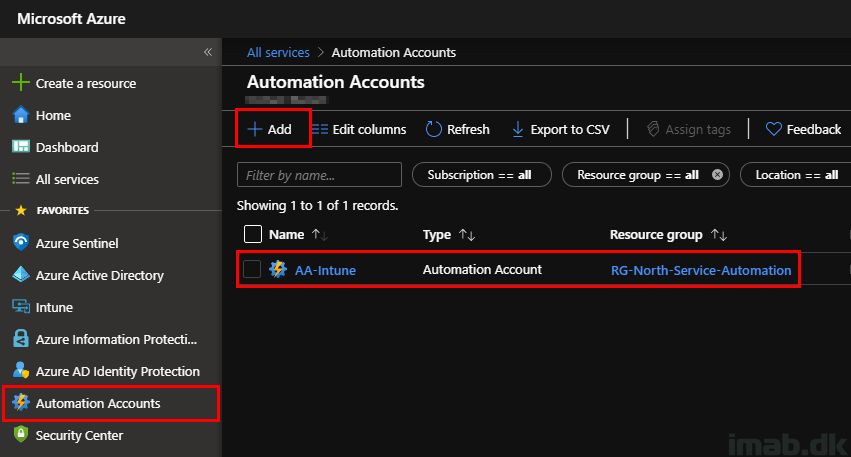 Now, browsing that newly created (or existing) Automation Account, you need to add a few variables. I use unique accounts for respectively accessing Intune via Graph and sending the e-mail over Office 365. As of such, you need to add 4 variables :

The same variables are referenced in the very beginning of the script. See below illustration:

NOTE: This is something that probably needs editing if you are using different names for the variables. 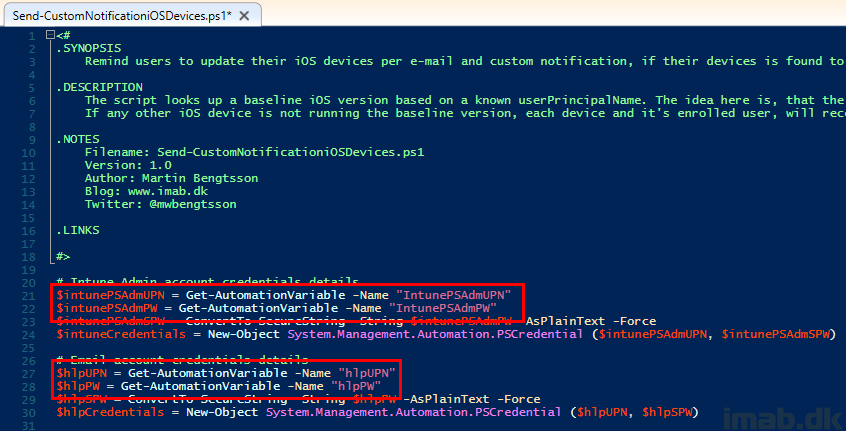 Still browsing the same Automation Account, you need to make sure that Microsoft.Graph.Intune is added as a module.

This is done from browsing the gallery and searching for the name. See below illustration:

Yet still on the Automation Account, you will need to create a new PowerShell Runbook. Below is an illustration of mine called RemindUsersToUpdateiOS.

Editing the runbook gives you the option to obviously paste in the entire script, but also to Save, Publish and TEST the content. 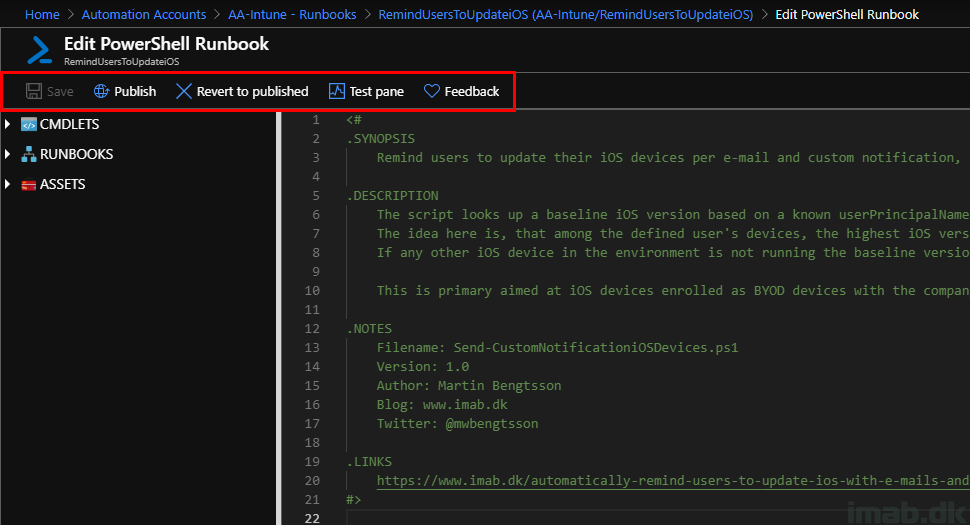 You can have the script to run on a schedule. This is quite relevant considering the need to run this automatically. Add a schedule which suits your environment. 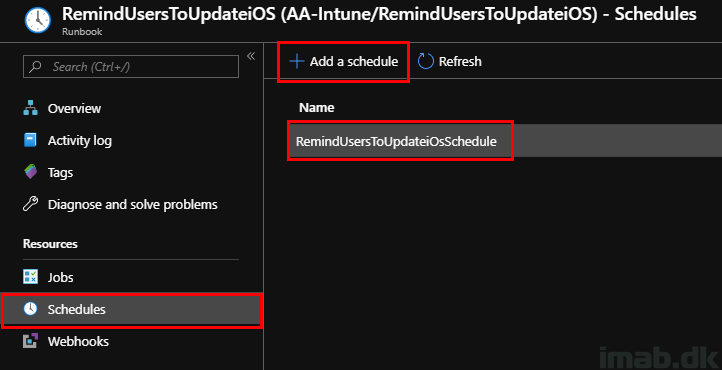 Below is an example where the Enterprise Application is highlighted in the Azure Portal:

Still browsing the Enterprise Application, make sure to add the account to Users and groups like shown below:

NOTE: The account need consent to be using the Enterprise Application. This can be done with an Admin Consent for all users, and is done under the Permissions option. 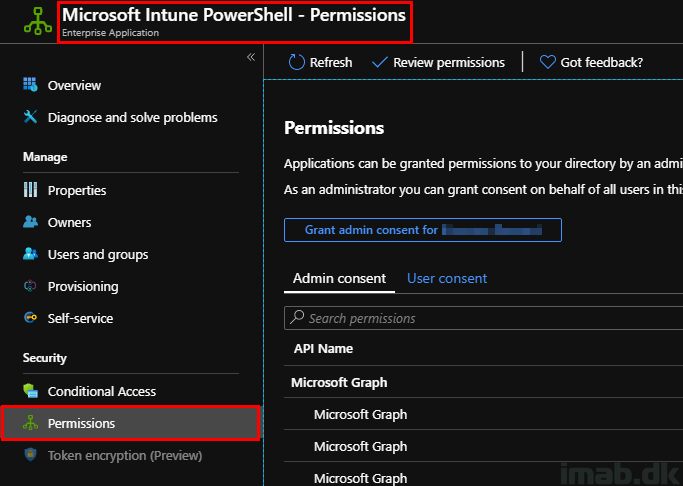 Testing the script is important and the reason I spent a fair amount of time on adding relevant logging information. As you see per below illustration, you will be able to see exactly what is going on when the script is run.

NOTE: I have obfuscated content for obvious reasons, as this is being run in my production environment, but I hope you get the picture. 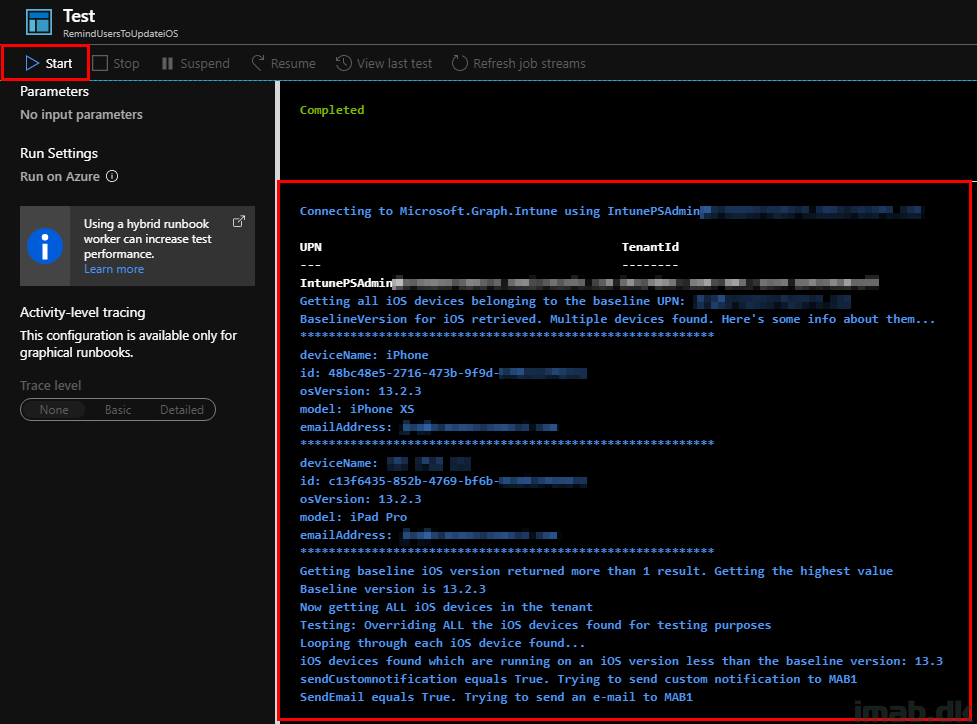 The account used in the runbook to access the Intune Powershell SDK and Intune needs permissions to do so. In my testing, the account was an Microsoft Intune Administrator in the tenant.

Chances are that the account is targeted by CA policies. You will probably need to make exceptions here, if you have MFA or similar as a requirement. You can lock down the account to only run from trusted IPs. That being the IPs for your Azure datacenter.

The e-mail being sent looks similar to below. The content can obviously be modified in the script. 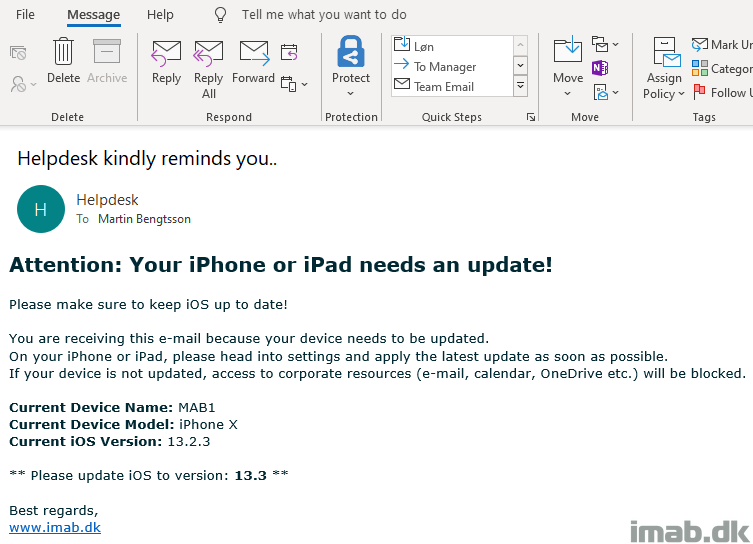 And the notification on the iOS device will popup  and display in the Company Portal.

If anything needs explaining, don’t hesitate reach out to me. Drop a comment down below or catch me on Twitter.