If you already use or intend to use my script, which reminds users to update iOS with e-mails and custom notification, you will want to use the updated script. 🙂

I obviously put the script to use in production, and quickly realized that the script also picks up obsolete devices. This is not ideal, as you might end up in a situation where a user is reminded by e-mail, to update a device which is obsolete and no longer in use.

So the script has been updated to cater for this situation, and now only picks up devices which has been syncing with Microsoft Intune within the last 2 days. 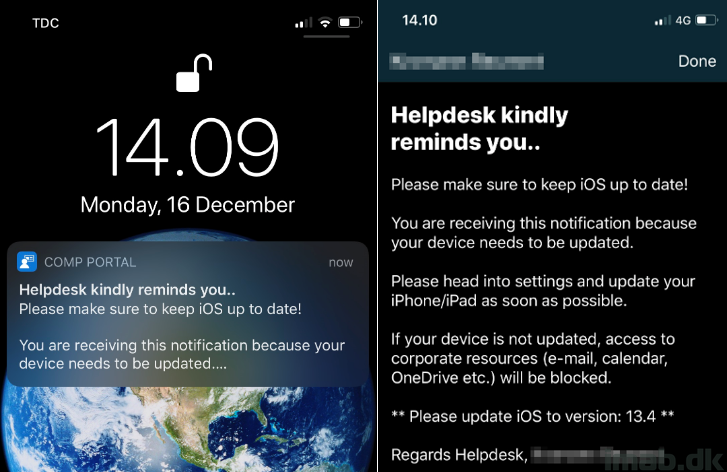 A quick snip of the updated script in action running with Azure Automation. Stuff is obfuscated as this is run in production 🙂 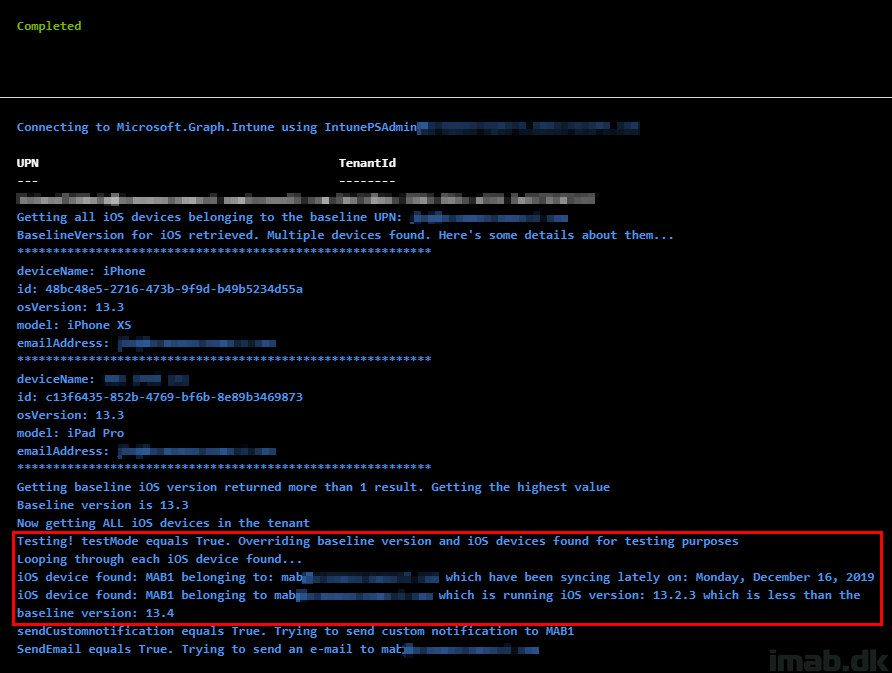 I’m still making my way to GitHub, so the script is still available for download on TechNet Gallery: