The first thing I did, was to create a brand new security baseline, based on the new version.

This is simply done, by using + Create profile and following the creation process.

To really confirm what has changed in the Security Baseline, I’m comparing the two. That be comparing the brand new version with the security baseline I have assigned today.

As shown in the illustration below, I have:

And sure enough, the output which comes as a notepad.exe session, tells me that the new version has 1 additional setting, and that 1 setting is defenderAllowScanScriptsLoadedInInternetExplorer. Just as promised by Microsoft.

Next, I’m duplicating my current Security Baseline in order to update the duplicate to the new version.

Update/change the version with the Change Version button: 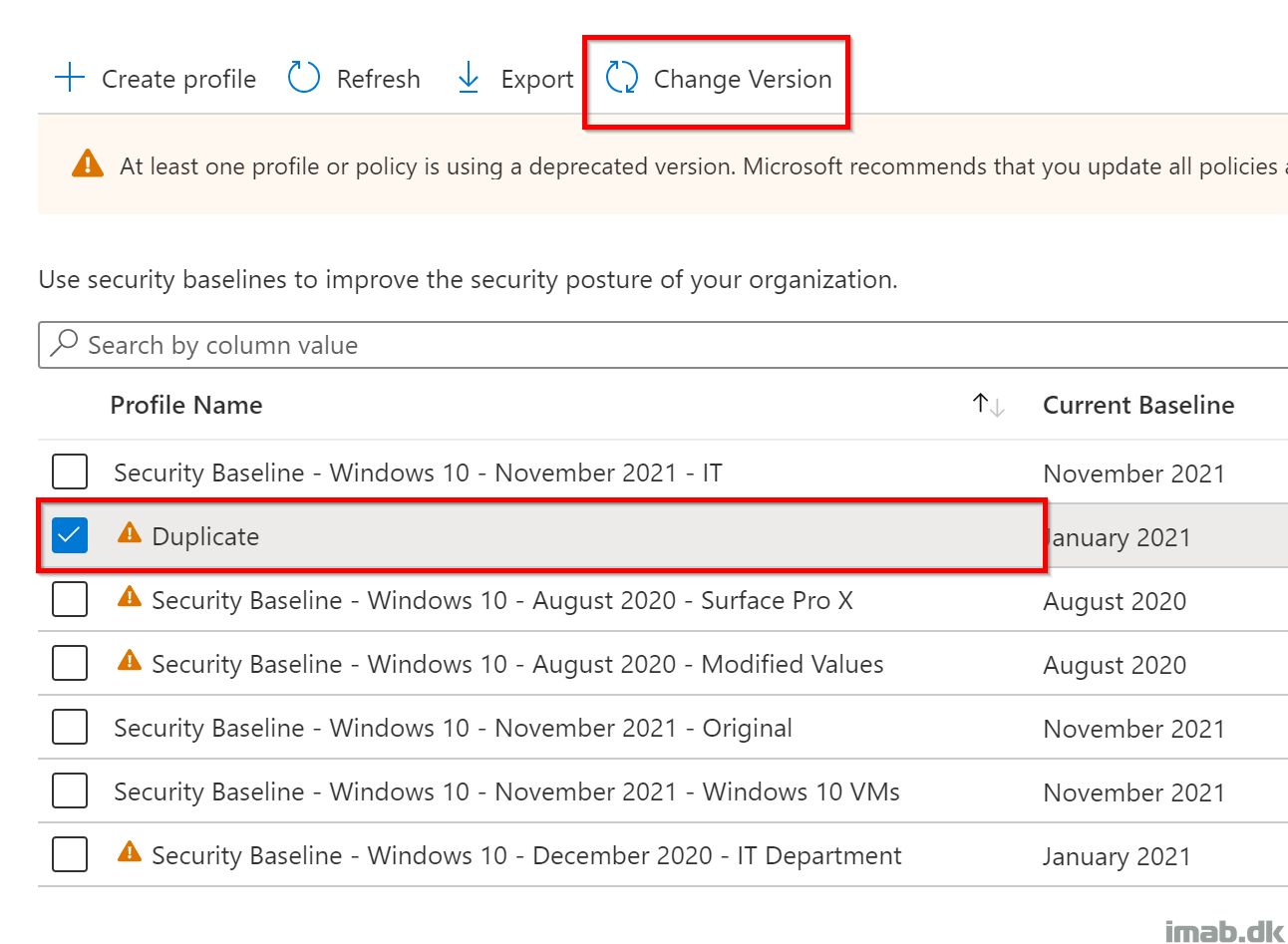 Select the new version from November 2021 and keep your existing setting customizations: 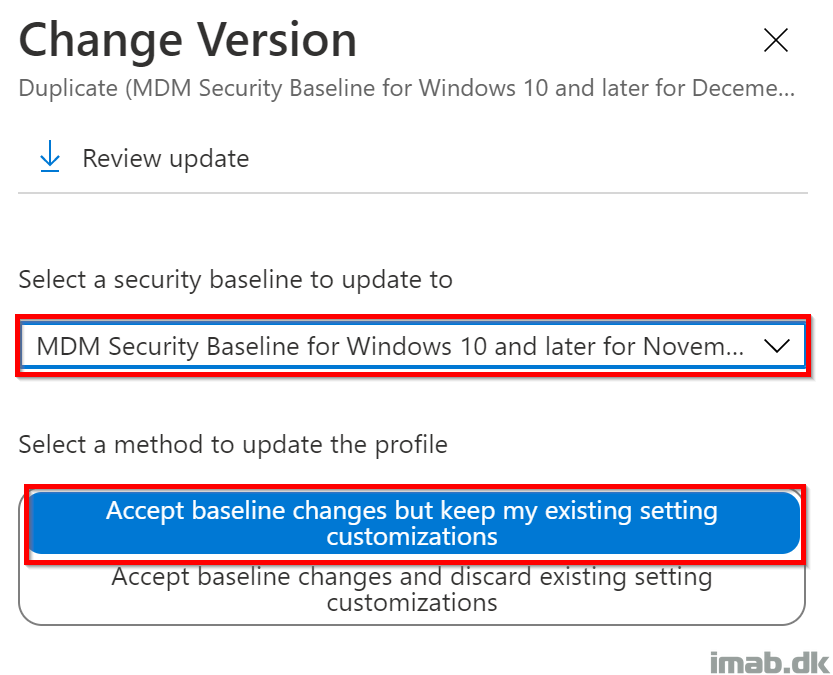 Then I ran another compare between the Security Baseline used today, and the new Duplicate one:

I do this to make sure, that there are no other differences than the newly introduced setting: defenderAllowScanScriptsLoadedInInternetExplorer

This is confirmed from the notepad output as illustrated below:

The setting in question, translates into the highlighted in the illustration below:

At this stage, I renamed the newly duplicated and updated Security Baseline, and assigned it to my devices in place of the previous one.