This particular post and topic, originates from me troubleshooting the Office 365 updating issue, where updating Office 365 through Configuration Manager failed and generated error 80070057.

The issue got some attention on both on reddit as well as on Twitter, as the issue on the affected devices, was breaking the ability to apply subsequent Office 365 updates.

The updates which introduced the said issue was quickly pulled, but some devices obviously managed to install the updates anyway.

So how do we fix that and how do we know which devices that are affected? This specific issue produced a specific error in some of the ConfigMgr Client Side Logs, so I came up with a solution involving Powershell and a Configuration Item. 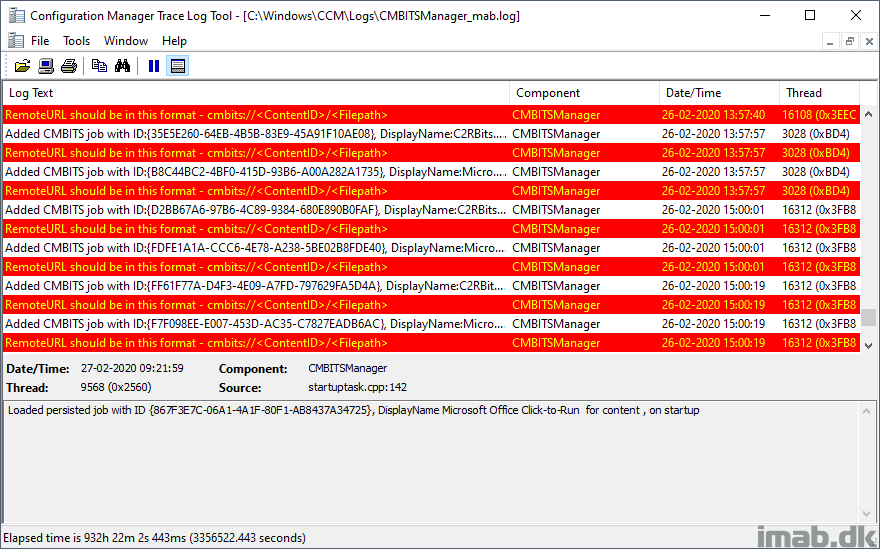 The script I’m using within Configuration Manager, is available on my GitHub page as well as down below: https://github.com/imabdk/Powershell

The script is available in 2 editions, as I prefer to strip the script for comments and whatnot, when using it with a Configuration Item. Another edition of the script with logging to the screen, for when testing manually, to more clearly see what’s happening.

The script does following in headlines

For your convenience, here’s a few snippets of my CI taken directly from my production environment: 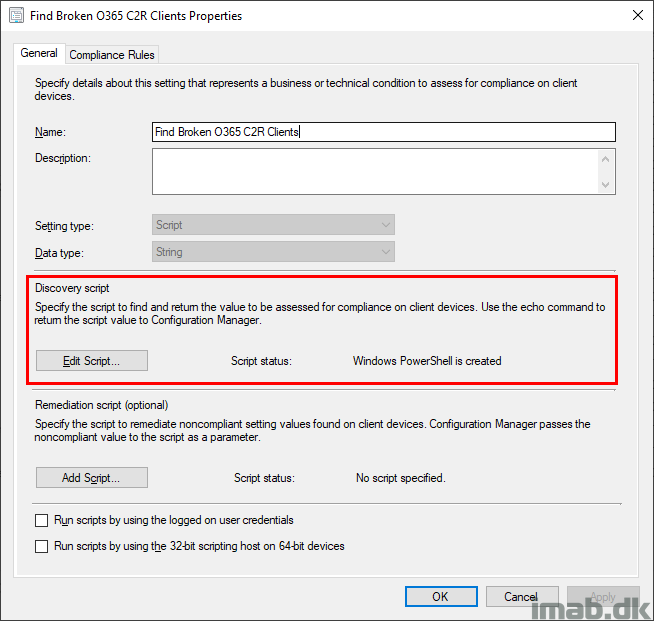 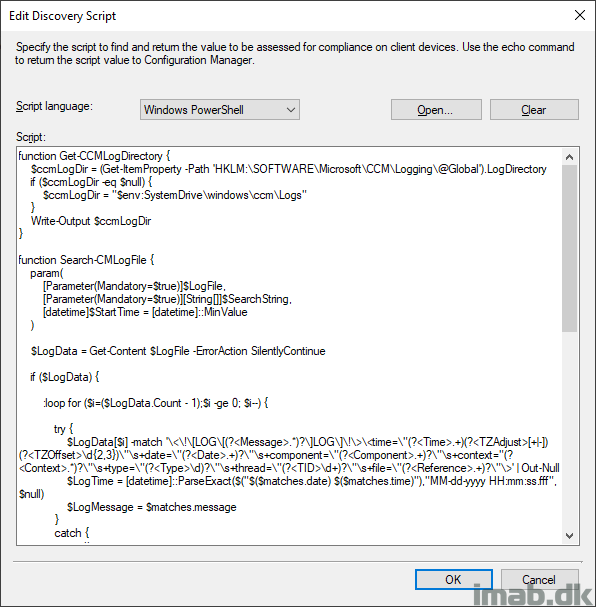 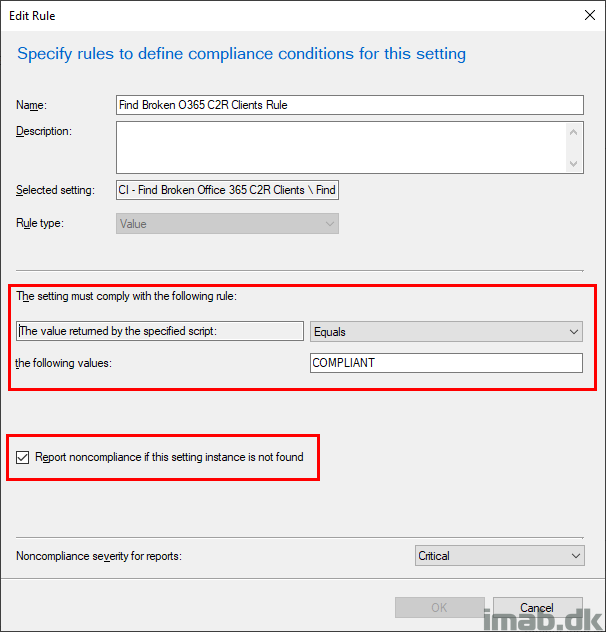 The CI needs to be attached to a Configuration Baseline. Attach it to an existing CB or simply create a new CB. 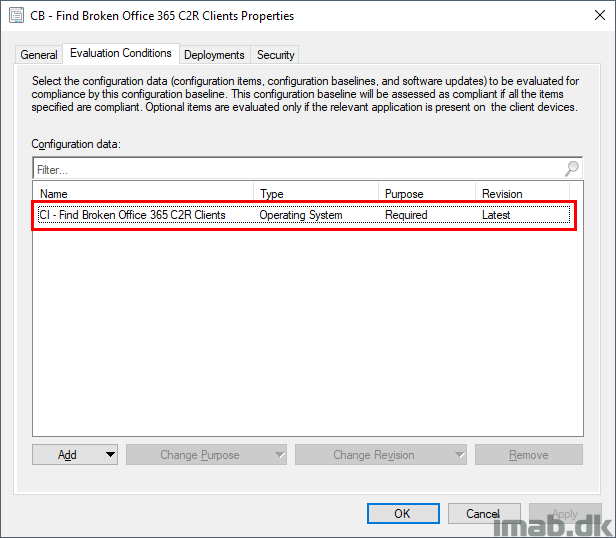 The Configuration Baseline is being deployed, and when done so, you have the option to Create New Collections based on this deployment. This is where I typically create 2 new collections respectively for Compliant and Non-compliant devices.

Now that the NON-COMPLIANT devices are gathered in a collection, this enables us to quickly deploy a fix or anything similar to the affected devices.

Again, below a snippet of the 2 collections, also taken directly from my production environment:

Resolving the specific issue at hand, obviously involves locating the affected devices. When the Powershell script is run manually on a device affected by the issue, you will see the script correctly return NON-COMPLIANT.

In this scenario, because the CMBITSManager.log contains following errors, which translates into the issue I described in the introduction: 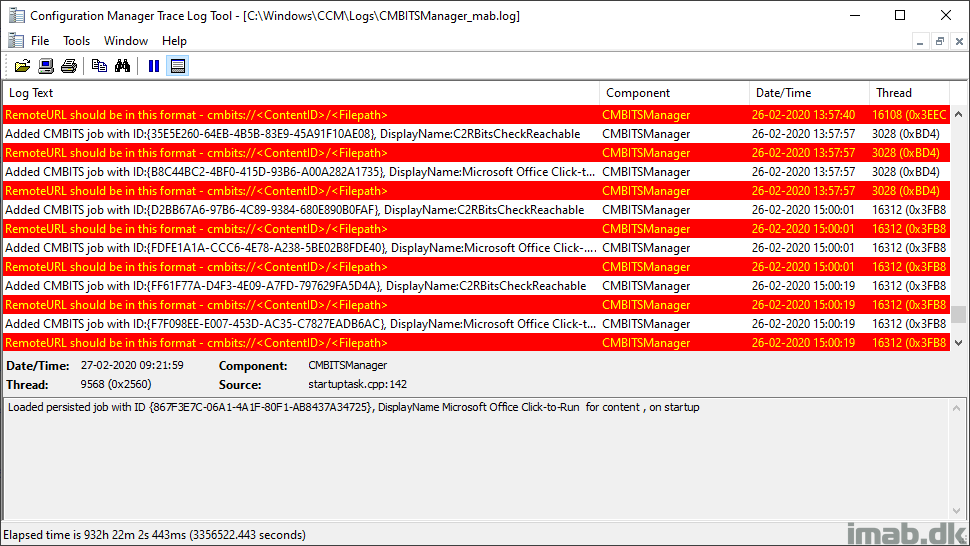 The only solution that worked for me in this scenario, considering that my Office 365 build was out of scope for the official fix to work, was to copy the entire ClickToRun folder from a working device, and copy that onto the affected device.

I did so with a simple batch script, also making sure to stop and start the ClickToRun (some files being locked if not doing this) service in the process. 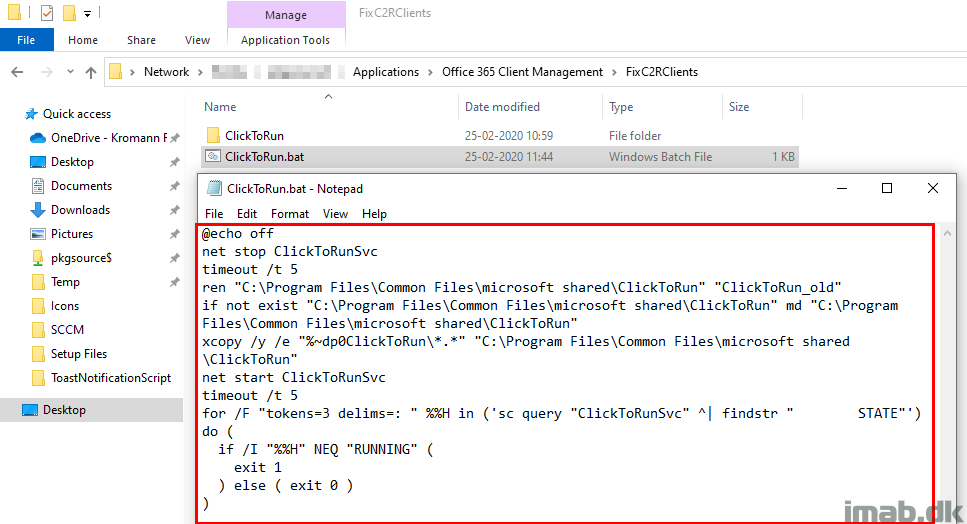