UE-V is not something new, but when combined with OneDrive Known Folder Move, Enterprise State Roaming in Azure and OneDrive as the storage path for UE-V, you will find yourself with a very solid solution ensuring roaming of end users data and settings.

I have previously shown you how you can enable OneDrive KFM with SCCM. This time, I’m going to show you how you can enable UE-V during OSD with Configuration Manager, and how you make sure those settings are stored in OneDrive. I hope you can see the pattern here: No on-premise file share for UE-V settings – everything stored in the users OneDrive.

UE-V was included into Windows 10 in 1607. This simplifies management a lot, and today everything is doable through Powershell, which of course means that this is all done with a Powershell script.

My complete script is available for download on the TechNet Gallery. Link below.

In short the script does following:

Once the script has run either through OSD or by other means, running Get-UEVConfiguration on the computer should yield a result similar to below: 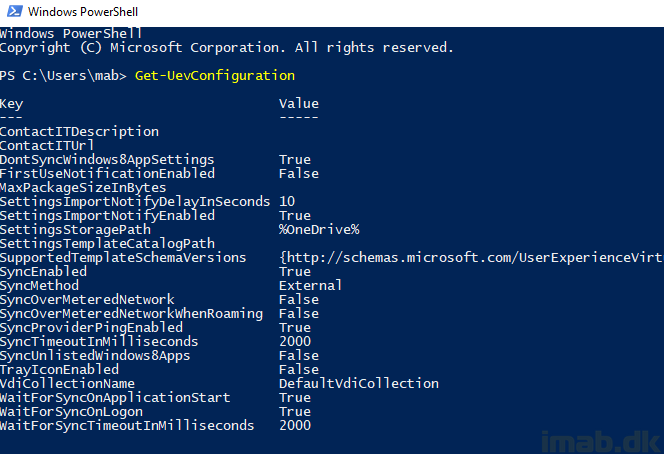 Putting the script to use in Configuration Manager is straight forward.

Add the Powershell script to a package, distribute to your distribution points and reference the script via a Run PowerShell Script step in your task sequence.

Below is an example from my Windows 10 1803 In-Place Upgrade Task Sequence. For your inspiration, I think it’s a good idea to introduce new additions like this with the Windows 10 feature updates (which happen semi-annually). You are already disrupting the end user and chances are they know about it and you have some sort of communication going already. Put that to good use, and introduce changes or additions like these alongside the new Windows 10 version.

So, how does it turn out from OneDrive side of things?

A hidden folder named SettingsPackages will automatically be created as shown below. Note this is taken directly from my OneDrive where Known Folder Move is configured as well. (this will rename the known folders to the danish equivalent)

And inside that SettingsPackages folder, folders for the various UE-V templates we enabled will be created. That happens once I begin to work with the associated applications. Also illustrated below. 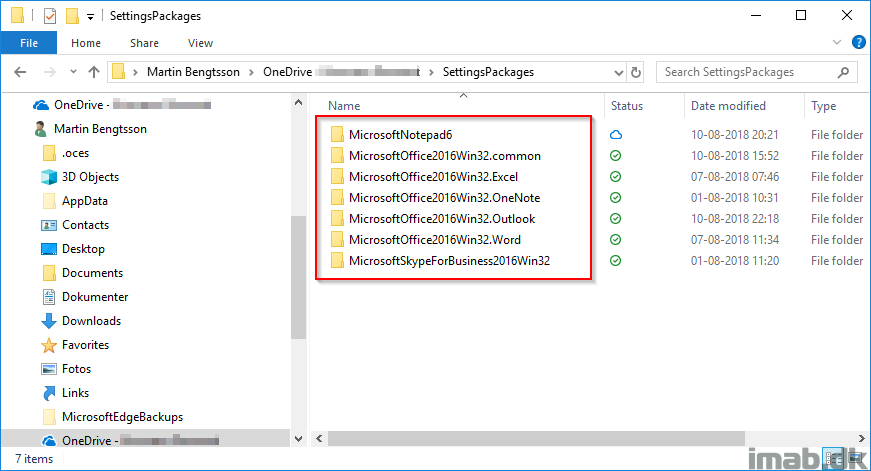 This is a really easy way to quickly gain use and advantage of UE-V. There is no file share for storing the user data and there is no central template catalog. This is all OneDrive and using the local templates stored on the computer already.

And just to mention it again. This combined with OneDrive Known Folder Move and Enterprise State Roaming in Azure, you have something really neat going on for your users, and they might not even notice it 🙂

Please leave a comment if this was useful – thank you 🙂