I don’t know if this will have many uses, but I did a similar post on how to deploy RSAT for Windows 10 v1809 using SCCM (System Center Configuration Manager) back in October when 1809 was initially released. As most people know by now, RSAT is no longer a separate downloadable add on to Windows, but something which is included as “Features on Demand” in the OS itself.

For your convenience, find my previous post here: https://www.imab.dk/deploy-rsat-remote-server-administration-tools-for-windows-10-v1809-using-sccm-system-center-configuration-manager/)

What if you don’t have SCCM and instead are fancying Microsoft Intune for software deployments? You might even run SCCM and Microsoft Intune Co-Management and like to do stuff differently and experimenting like I do? Then this post will be for you 🙂

There are several options in Microsoft Intune which enables us to deploy software. My initial post on RSAT 1809 is based on a Powershell script deployed as an available application in SCCM (System Center Configuration Manager). You can find my Powershell script here: https://gallery.technet.microsoft.com/Install-RSAT-for-Windows-75f5f92f

Now, Microsoft Intune is currently not able to deploy Powershell scripts as available which is why I came up with this alternative. If you don’t need RSAT as an available deployment, you can simply re-use my current script with Microsoft Intune.

As we know and as mentioned, RSAT 1809 is not something we download and install anymore, but in order for us to make RSAT available through the Company Portal for devices managed by Microsoft Intune, we need to have RSAT packaged as a .MSI, .MSIX or .EXE file.

So this is where I spent some time in Advanced Installer to create a packaged installation. The outcome is a .MSI which runs parts of my Powershell script and which can be used to install and uninstall RSAT.

The requirements are plain and simple: If not running Windows 10 v1809 you will see below message: 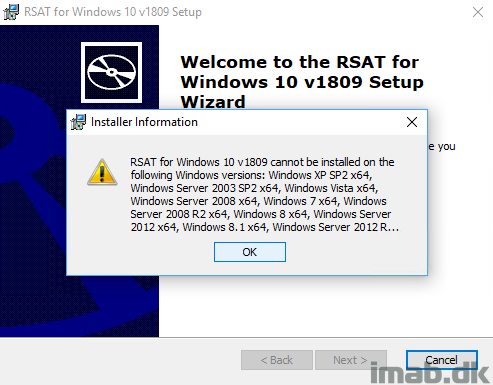 And if no active Internet connection is found, you will see below message: 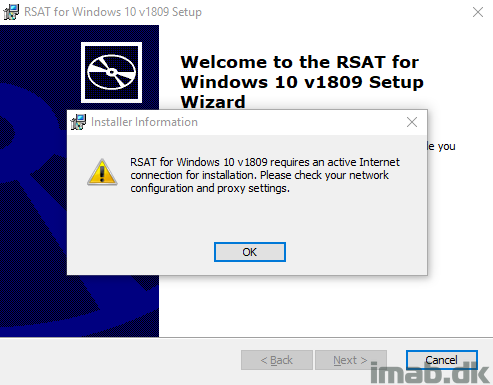 What does it do?

My original script has 2 primary installation options; basic and all, where basic only installs DHCP, DNS, AD, GPO Management and Server Manager.

The same options are available through the .MSI in terms of Typical and Complete: 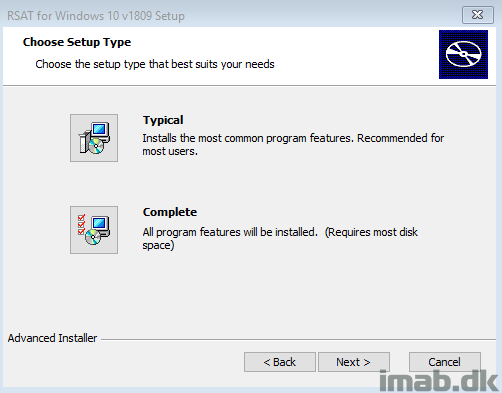 Behind the scenes is a few simple Powershell scripts which is built on Get-WindowsCapability, Add-WindowsCapability and Remove-WindowsCapability. Exactly as my original script which I have referenced a few times during this post and again here: https://gallery.technet.microsoft.com/Install-RSAT-for-Windows-75f5f92f

Now, I’m by no means any software packaging superhero and it probably tells. The .MSI is created with Advanced Installer and is based on Custom Actions. The Custom Actions are triggering my Powershell scripts.

Running the installation manually will give you options to install either the basic set of features or all the features.

NOTE #1: It’s currently not possible to install ALL the RSAT features unattended. This is a result of my .MSI packaging shortcomings and I’m working on a solution. For now, you will have to accept that only the most basic RSAT features are being installed when running the .MSI with a silent switch.

NOTE #2: Remember that RSAT is being downloaded and installed directly from Microsoft Update. Depending on various factors such as the speed of your Internet connection etc., the installation may take some time to complete. A Complete installation obviously takes longer to complete. 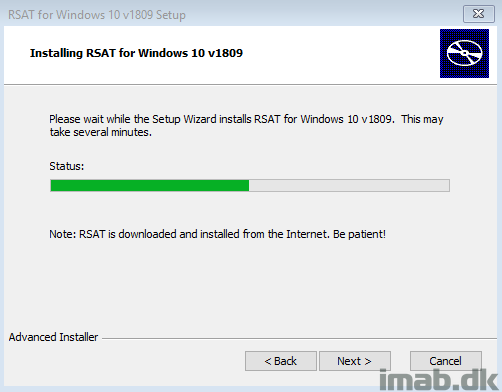 Put the .MSI to use in Microsoft Intune as a Win32 application. I’m not going into super details on this part, as this is something I have covered previously. If interested in more details on how to get the .MSI ready for deployment as a Win32 app in Microsoft Intune, take a closer look at this post: https://www.imab.dk/deploy-the-sccm-client-using-microsoft-intune-and-the-cloud-management-gateway-no-pki-certificates/

For your convenience, here’s a few snippets of my Win32 app in Microsoft Intune: 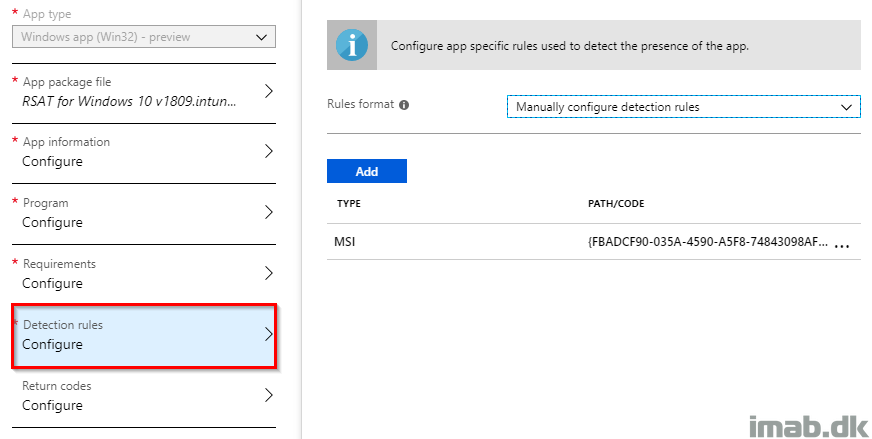 Assign the Win32 application to a group consisting of users as available for enrolled devices:

And when done installing, find your favorite RSAT tools in your start menu: 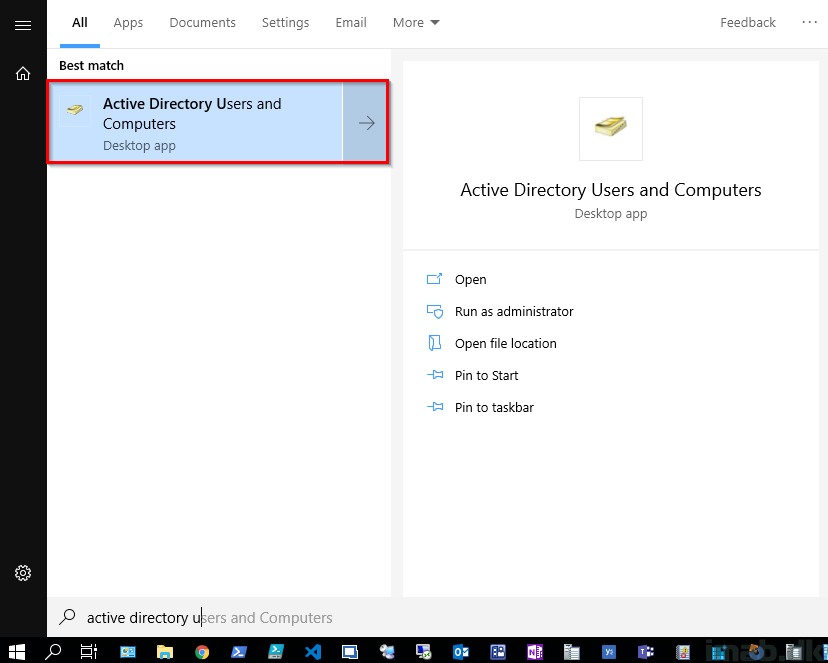