This is just a brief storytelling on, how you can add more user-friendliness and flexibility to your Windows as a Service process with Configuration Manager.

Carrot on a stick: All the binaries used in these examples, are available for download throughout the post. That goes for PSADT as well as exported ConfigMgr applications. 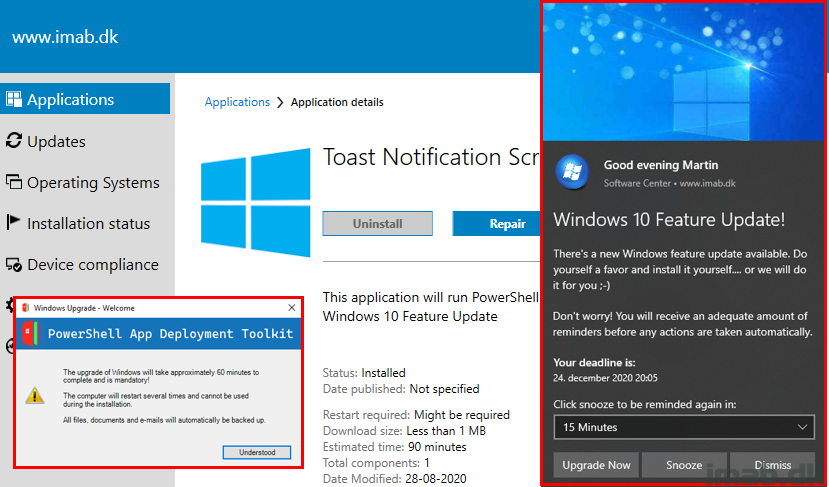 The process in details for Task Sequences will be like following steps:

The process in details for Feature Updates will be like following steps:

The only real interesting part of the content of either PSADT projects, is the PowerShell scripts, which are initiating the Task Sequence and the Feature Update.

I made a virtue of making proper commenting, so everything should hopefully make some sense. If not, let me know in the comments section.

Below script will run the Task Sequence with the corresponding package id, and write the detection method used in the application, into the registry:

Below script will run the Feature Update with the corresponding Article ID, and write the detection method used in the application, into the registry:

The Toast Notification Script is obviously my script of the same name here: https://github.com/imabdk/Toast-Notification-Script

The script is run with a config.xml file, which is similar to the below illustration.

The important bits here are following:

NOTE: The Toast Notification Script is capable of running Feature Updates as well as Task Sequences directly from the Action button. Both of the examples used in this post, are leveraging the ability to run applications directly from the action button in order to take advantage of the PSADT capabilities. 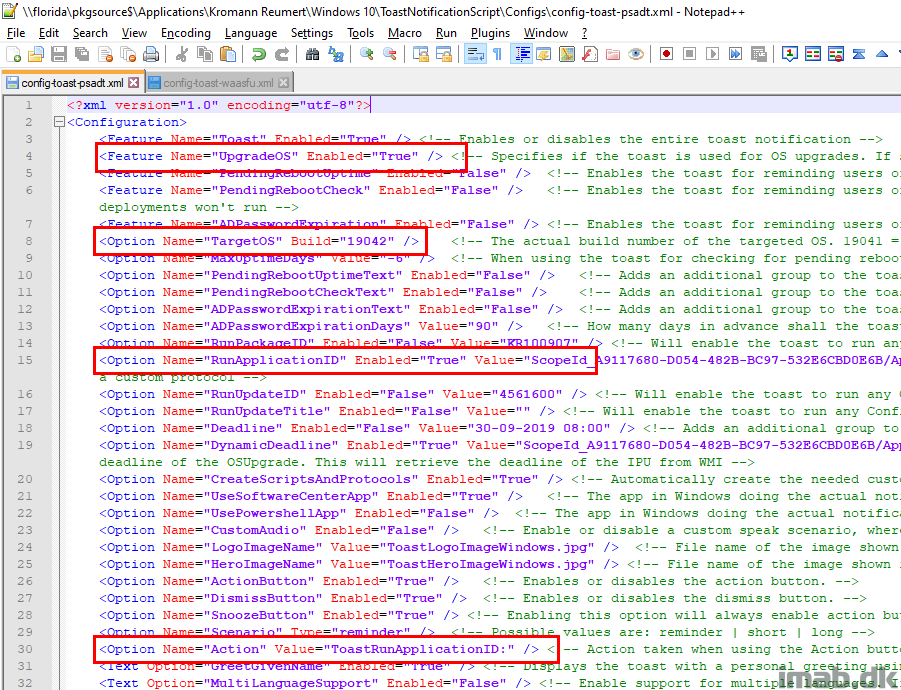 Yet again and for the sake of everyone, I’m making an export of both applications in Configuration Manager available for download.

These can be imported directly into your ConfigMgr environment, where the PSADT projects downloaded above, will be the source files – everything standard ConfigMgr.

Below is an example of one of the applications made available in the Software Center: 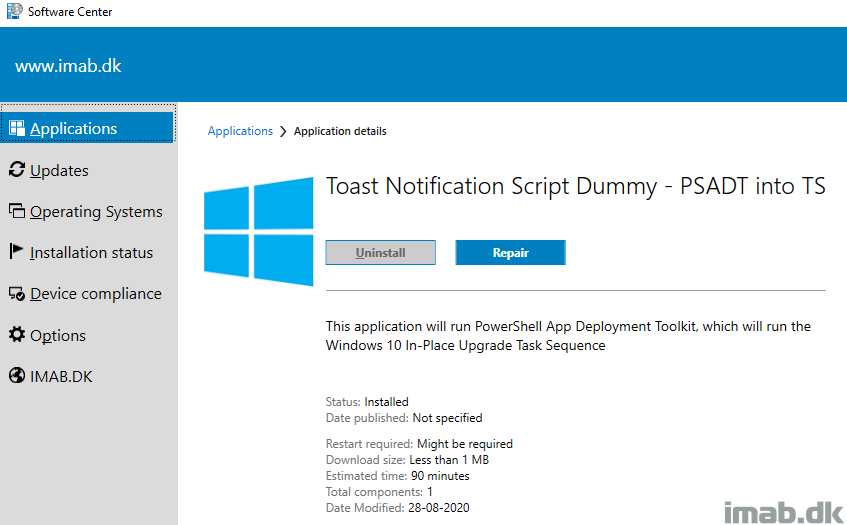 Again, if any questions, don’t hesitate to reach out in the comment section down below.

2 thoughts on “Improve your Windows as a Service process: Use Toast Notifications and Powershell App Deployment Toolkit to Upgrade Windows 10”