Short and sweet: Back in May 2019, Administrative Templates in Intune went from preview to General Availability. Back then the feature was released with a list of 277 settings. Not much, huh?

Today this will be extended by additional 2500 settings and among these will be the ability to configure OneDrive Known Folder Move. Exciting!

While the configuration of OneDrive Known Folder Move using Administrative Templates in Intune is pretty easy and straightforward, I figured it deserved a post here as well.

Also, initially when OneDrive Known Folder Move was introduced, I did this post on the topic: https://www.imab.dk/how-to-enable-onedrive-known-folder-move-using-sccm-system-center-configuration-manager/ 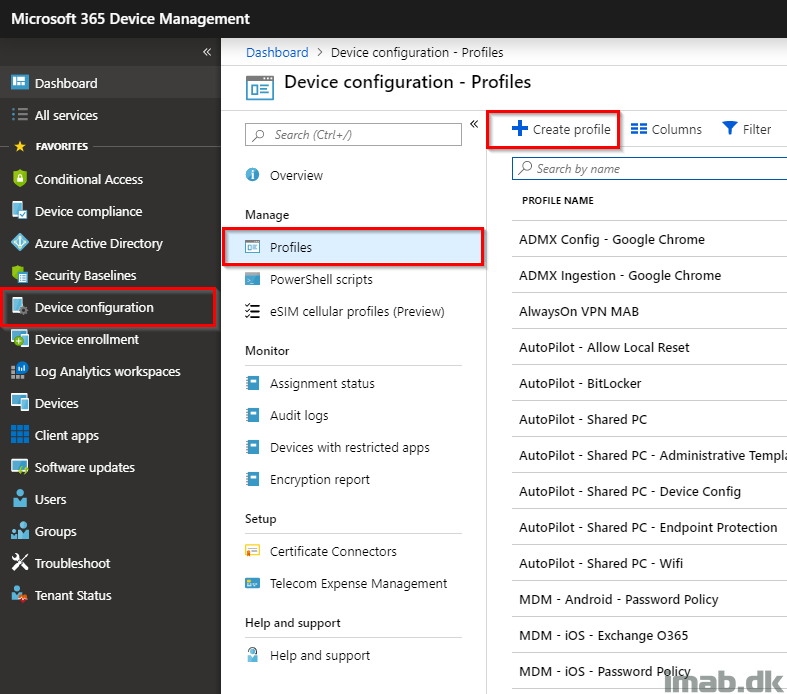 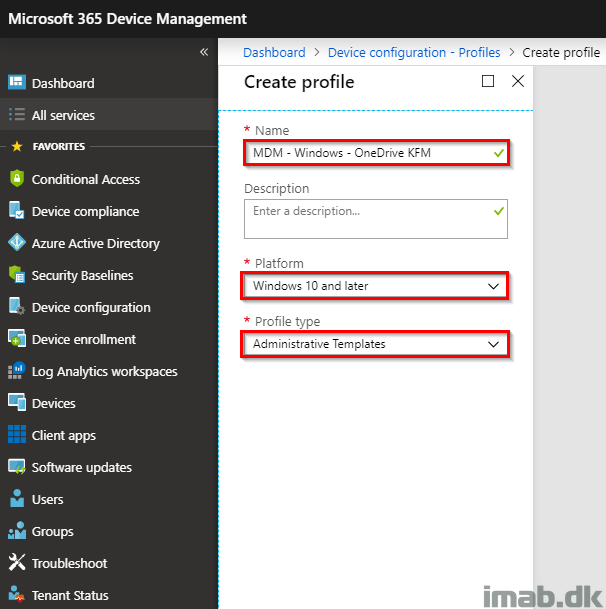 For Known Folder Move in particular, there’s initially not many settings involved. However, I suggest you at least configure the ones I highlighted below:

Prevent users from redirecting their Windows known folders to their PC

I think this one deserves a spot. Not much sense into redirecting the desktop, pictures and documents folders into OneDrive, if the user is able to stop and revert that change themselves. 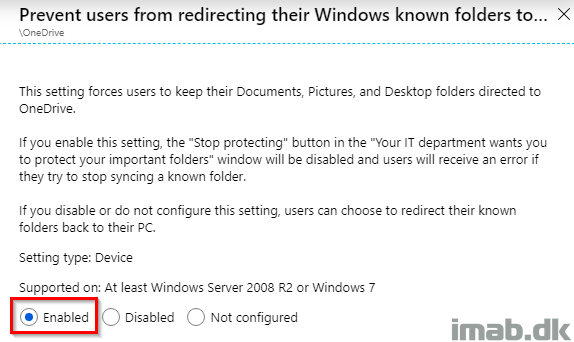 For this setting, you will need to find your tenant ID which is unique for your environment. Mine is obfuscated for obvious reasons 🙂 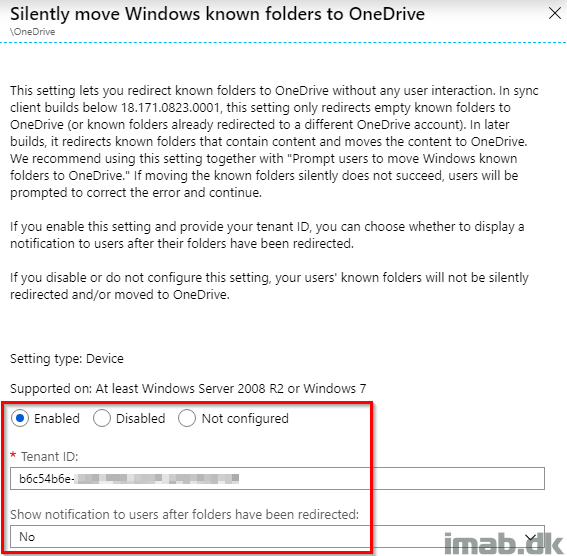 This one is required as well imo. It goes without saying, but you want OneDrive to automatically start and sign in as the logged on user without prompting for credentials. 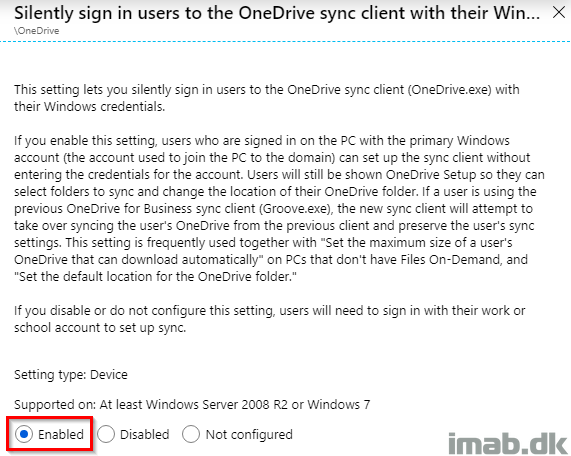 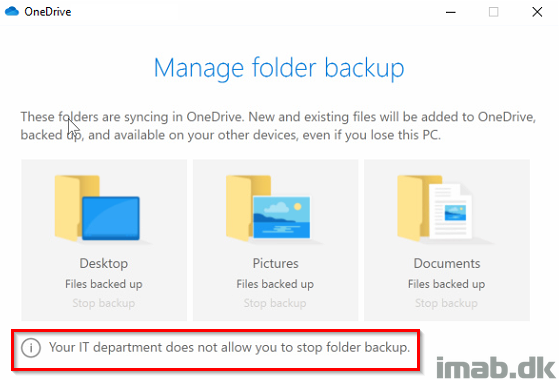