This will be the very first in such series, where I will give an example on how you can use SCCM to fully automate the patching of Windows 10. All of these examples will be based on the latest version of Configuration Manager Current Branch.

First things first. Collections are required before deploying software. That goes for Software Updates too. In this scenario I’m having a collection consisting of computers for testing (Pilot) and another for the entire environment (Production). In short, every update ever deployed are first tested for 14 days before being deployed automatically to the rest of the environment.

For this example, I have created these two collections. I suggest you do something similar. Pilots are picked on environmental criteria. These collections will be used later in this example. Both collections are created with following WQL query, where the limiting collection limits the members. 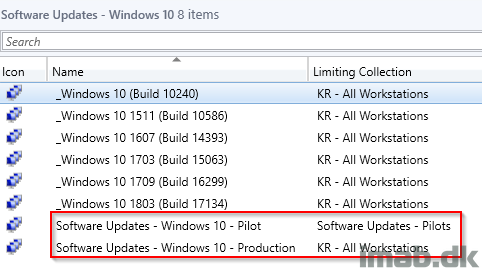 All the automation in this example is coming from the use of an ADR (Automatic Deployment Rule). In short terms, ADRs runs on a set schedule, picks up updates (in this example Windows 10 updates) and deploys them to your computers. All of this unattended, based on your criteria. To create the required ADR used for this scenario, follow my guidelines below: 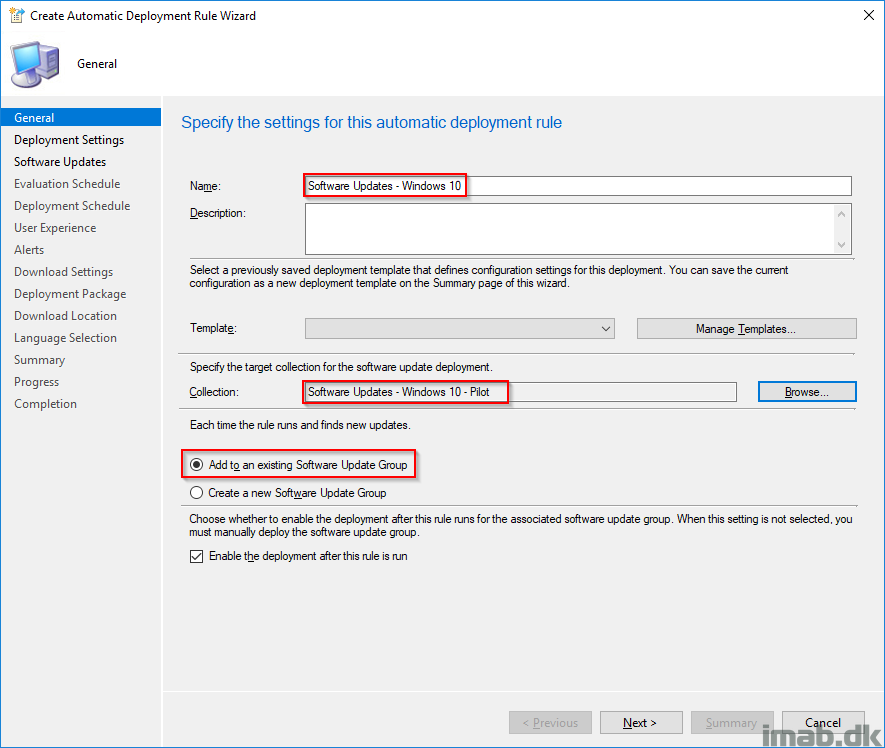 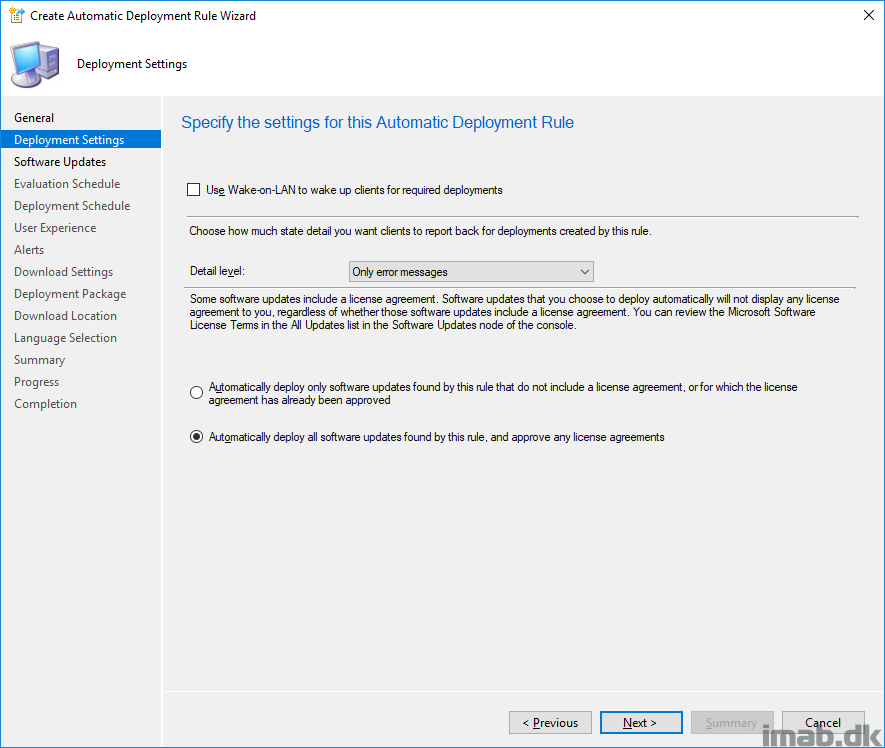 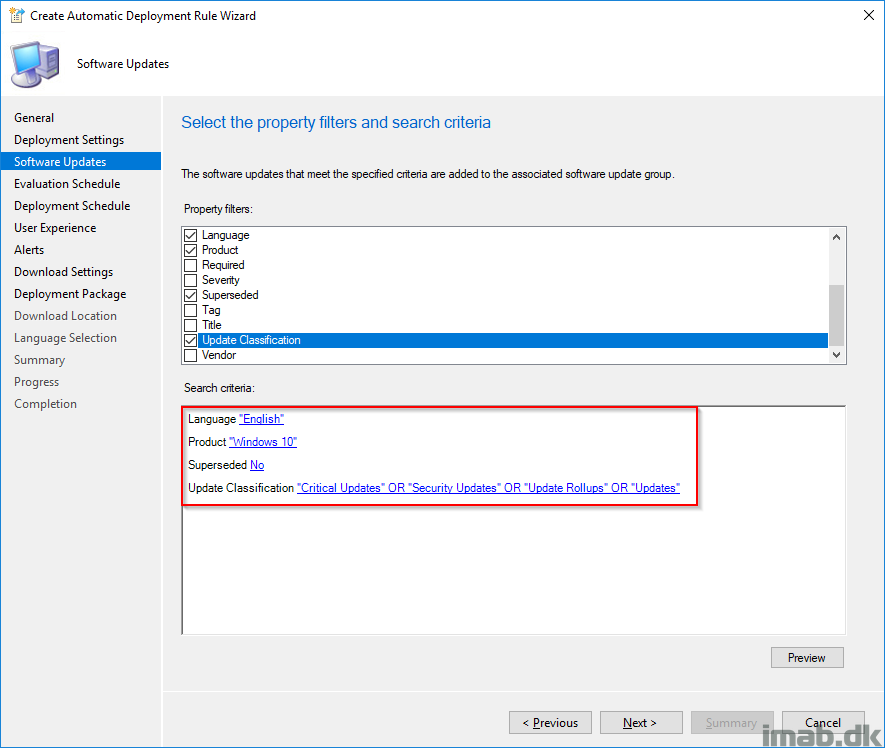 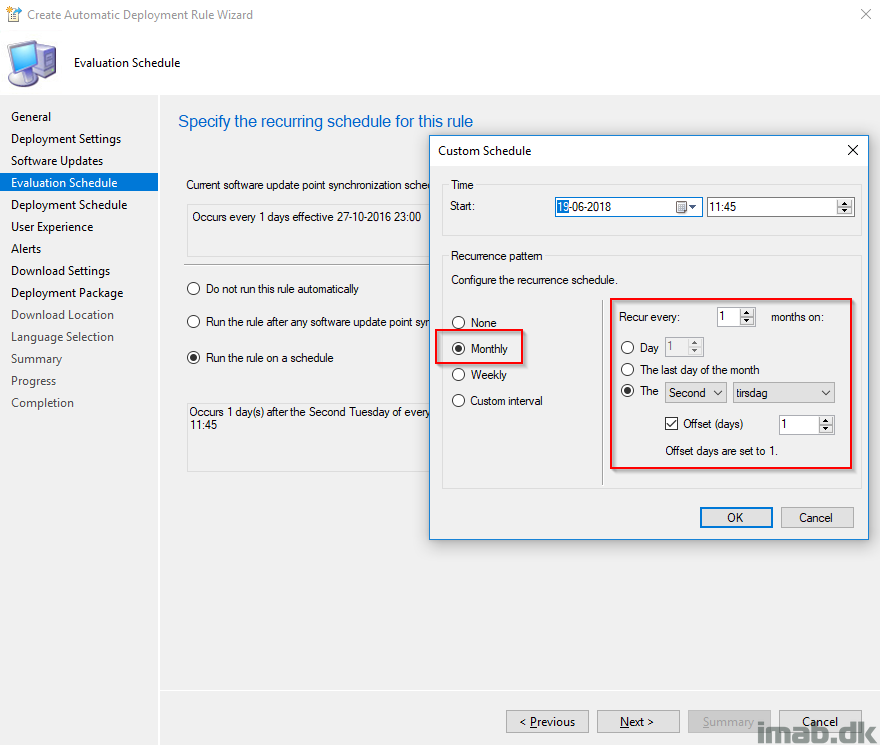 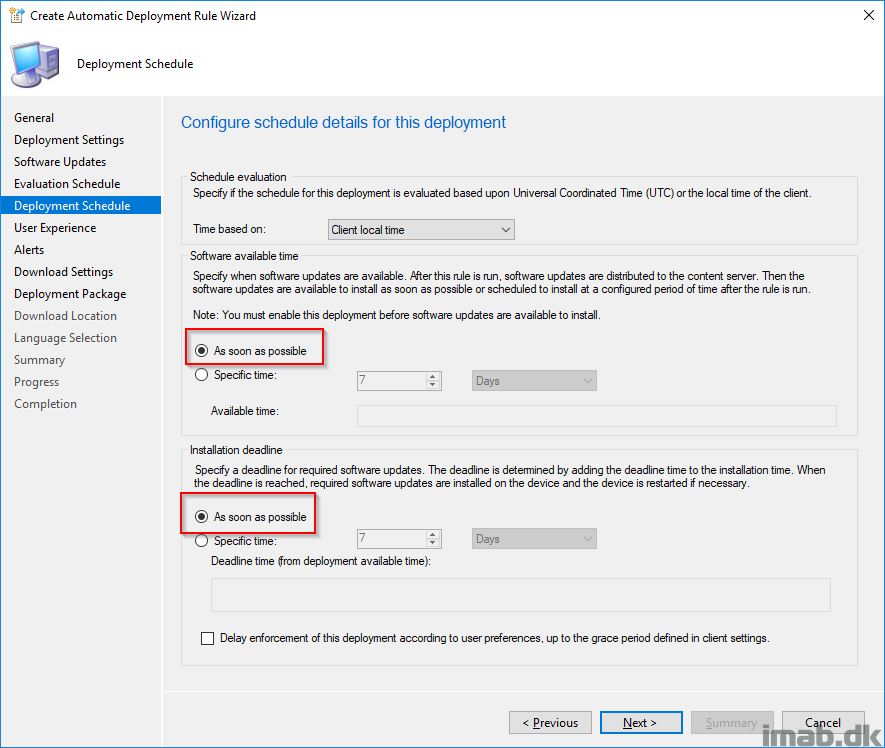 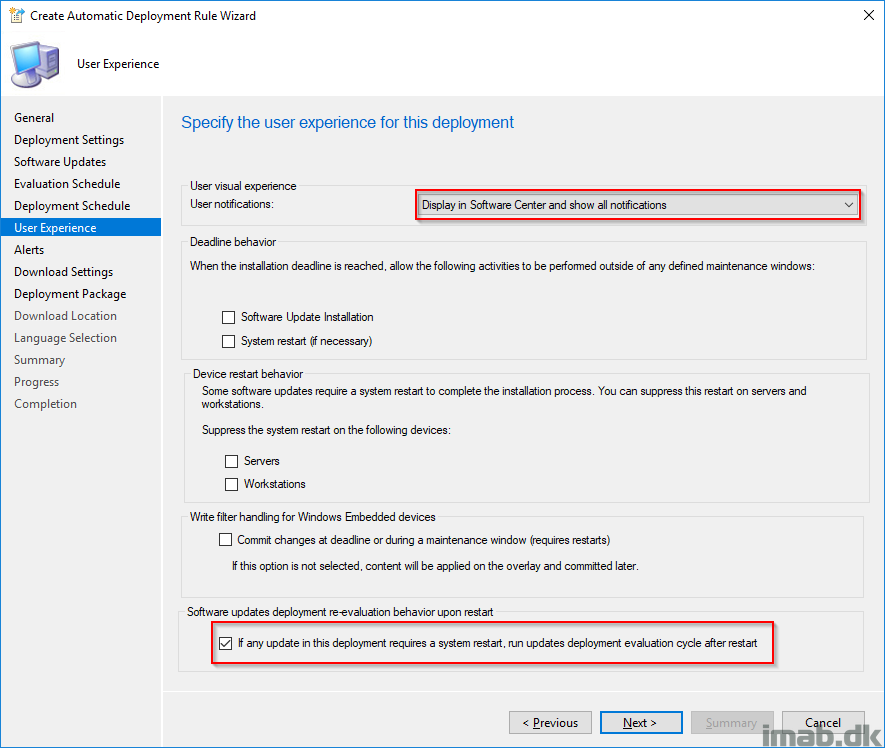 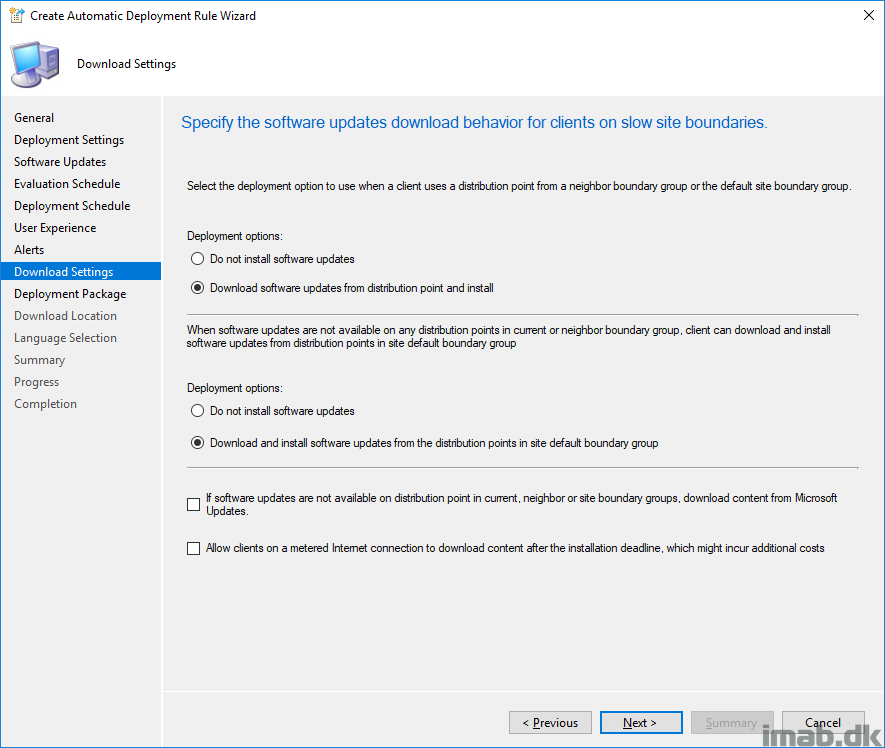 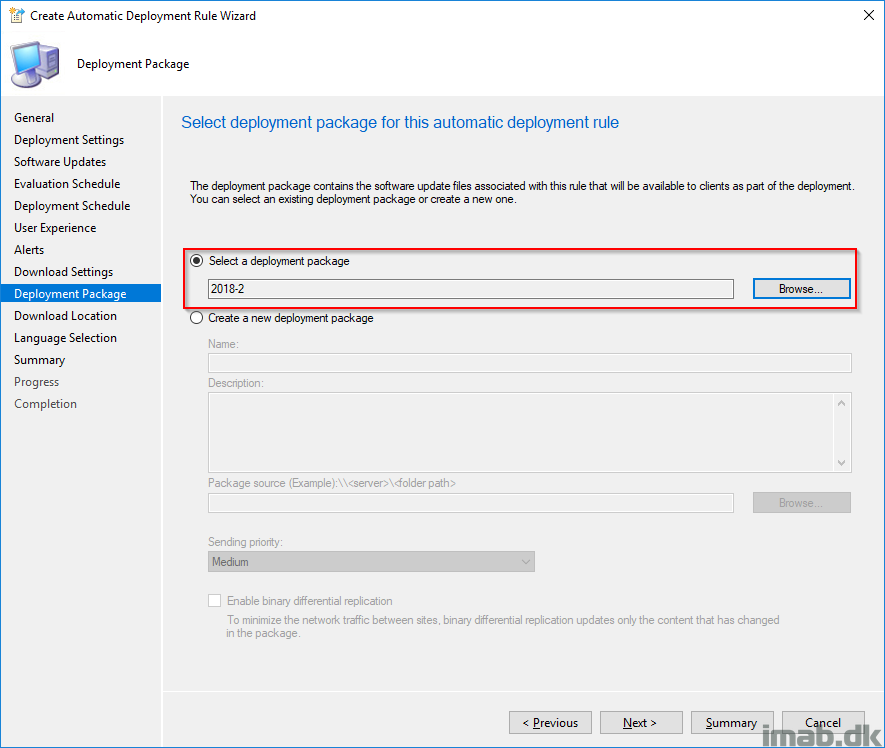 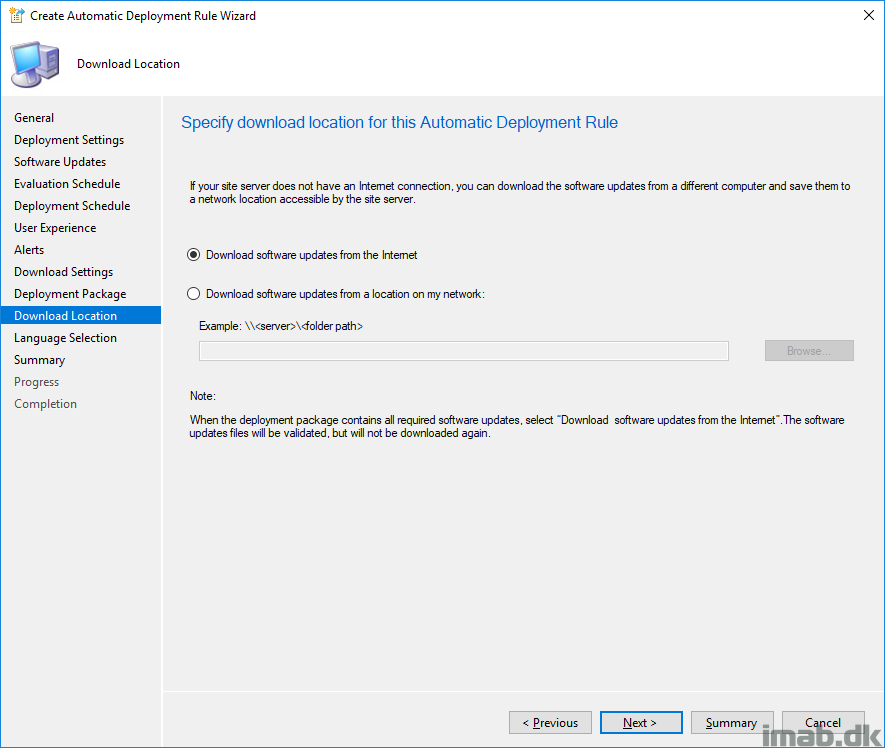 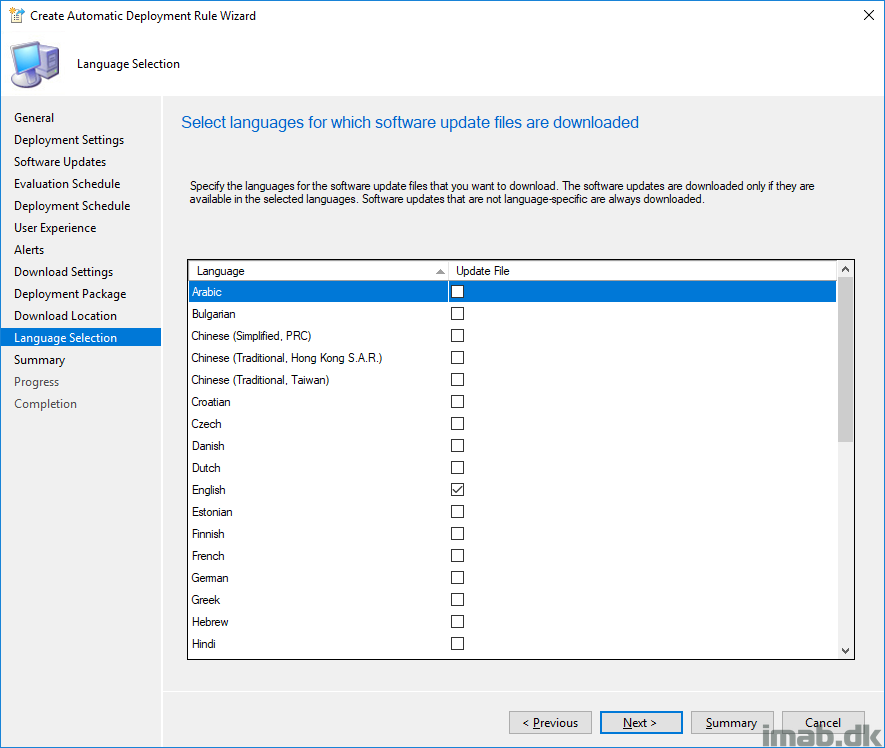 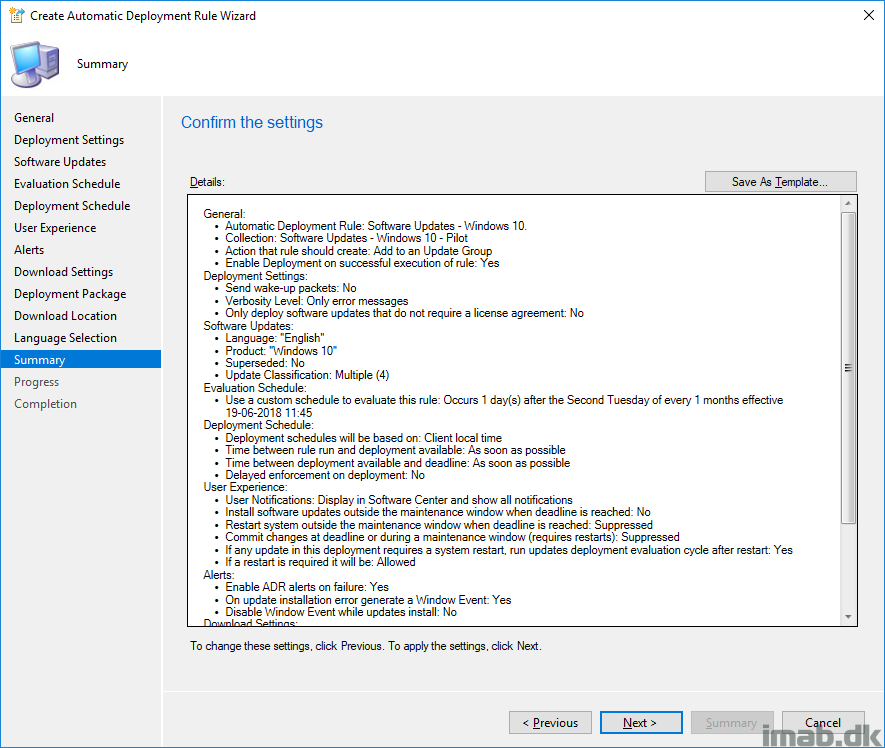 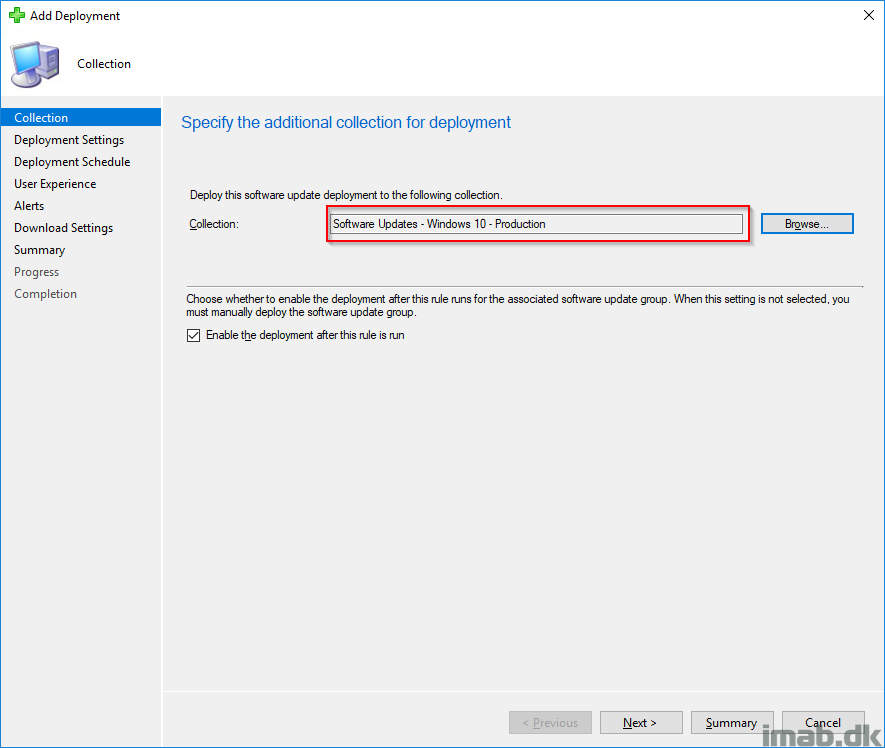 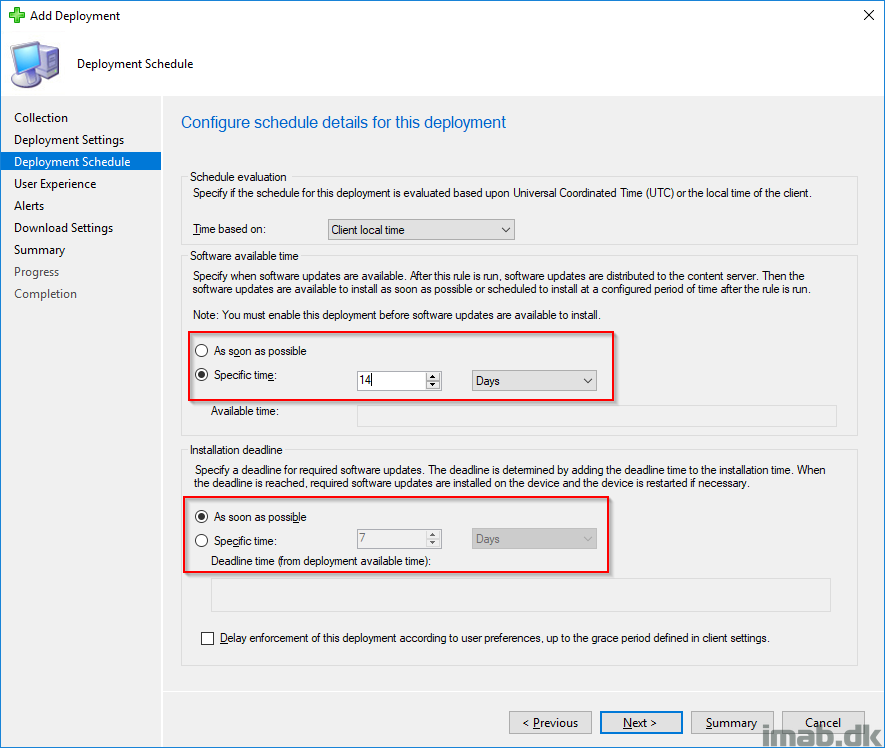 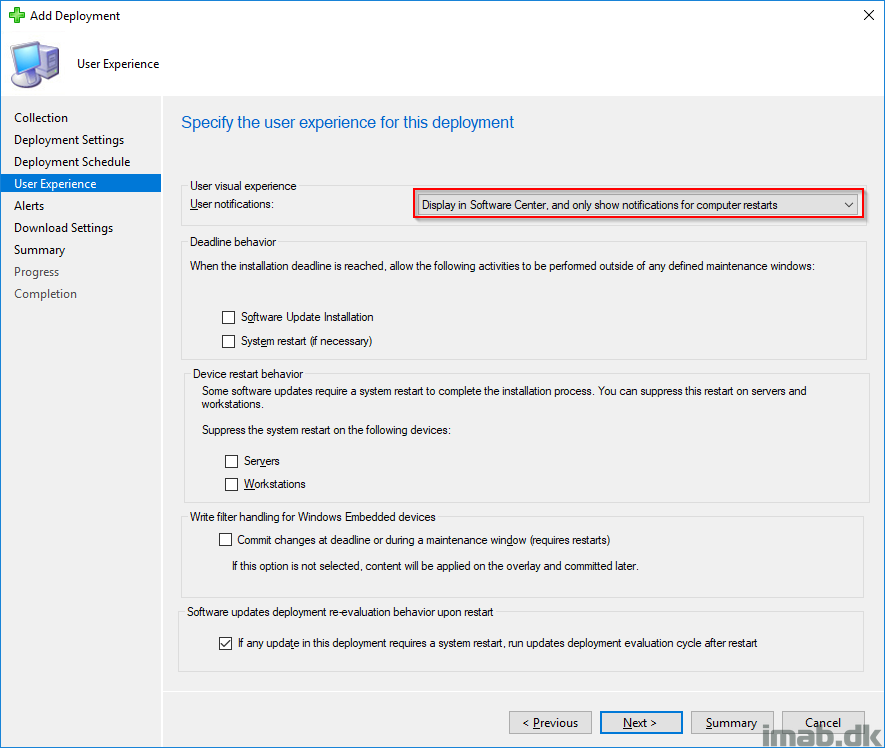 No suppressing of reboot you say? Isn’t that a tad harsh?

Actually, I don’t think so. This is combined with following Client Settings and gives the end user in this scenario 8 hours to complete a reboot, where the dialog box cannot be closed the last 90 minutes. This way no one can claim they missed the notification nor did they have time to complete the reboot. 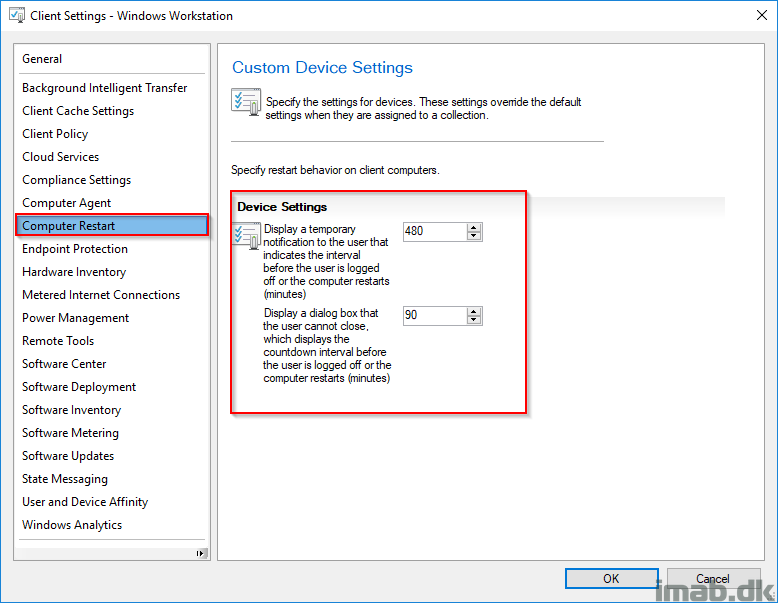 So, what’s happening again is following:

Above will continue to pick up new updates each Patch Tuesday. Everything automatically and unattended, and everything will happen at the very same schedule each month.

NOTE: Above example will leave approx. 14 days for the production clients to install updates before the ADR is run once again and thus creating a new schedule. If you have many computers often being offline for extended periods, consider changing some of the timing. If the clients are offline during the available period, they will install all required updates during the next schedule and so forth.

I hope this was helpful. Please leave a comment below if any questions 🙂

4 thoughts on “Back to basics: How can I fully automate the patching of Windows 10 using SCCM (System Center Configuration Manager)”