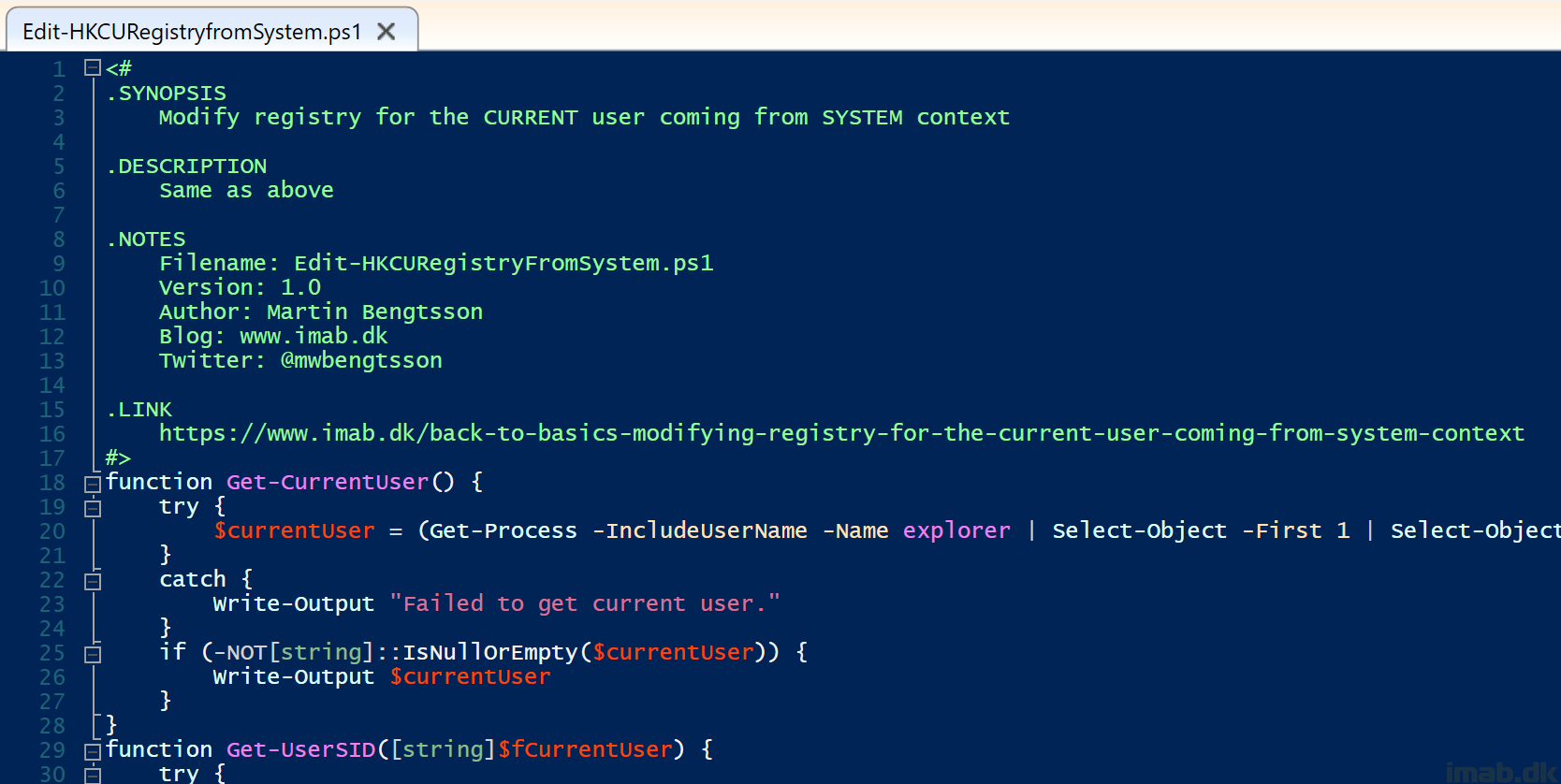 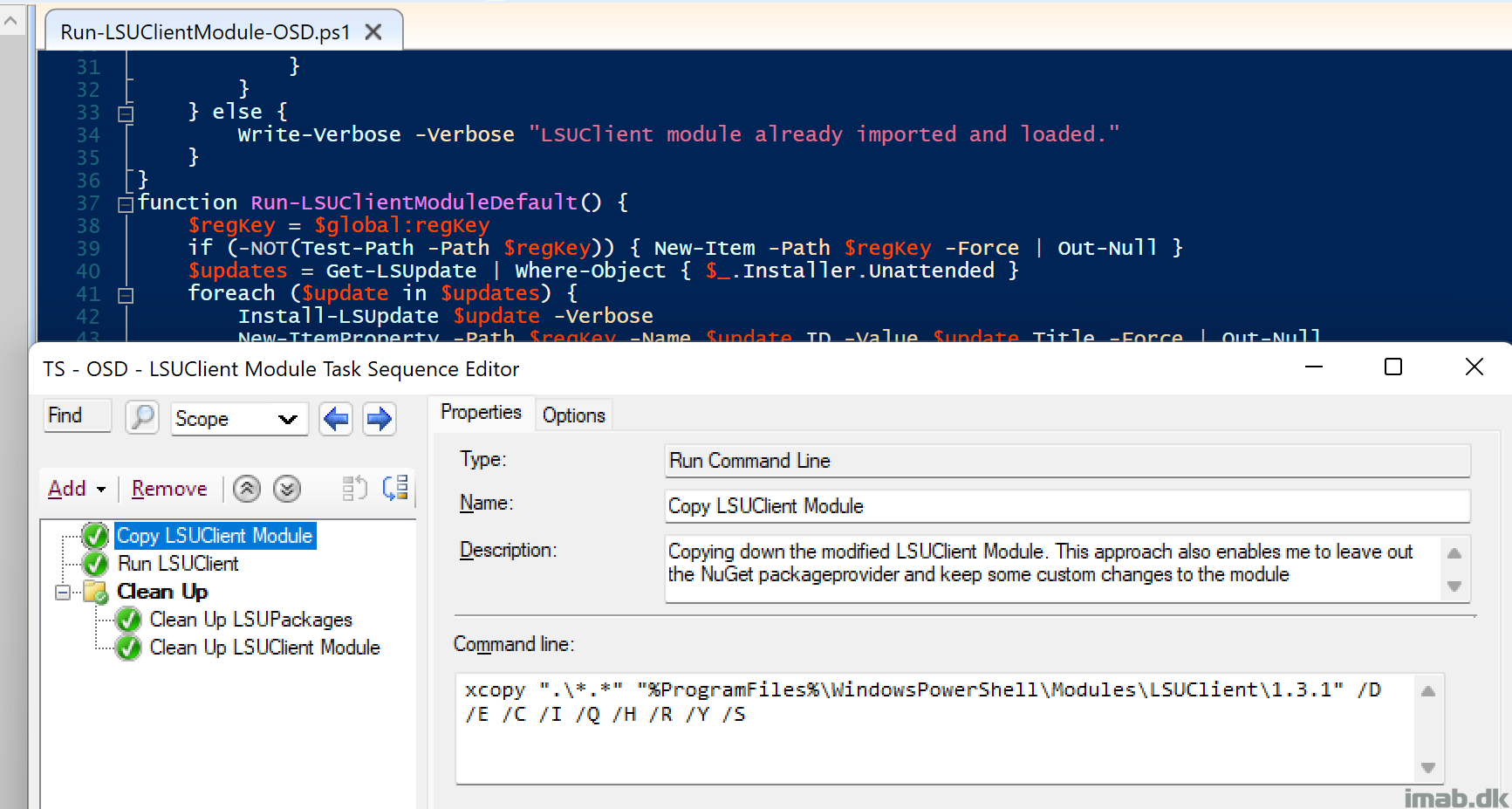 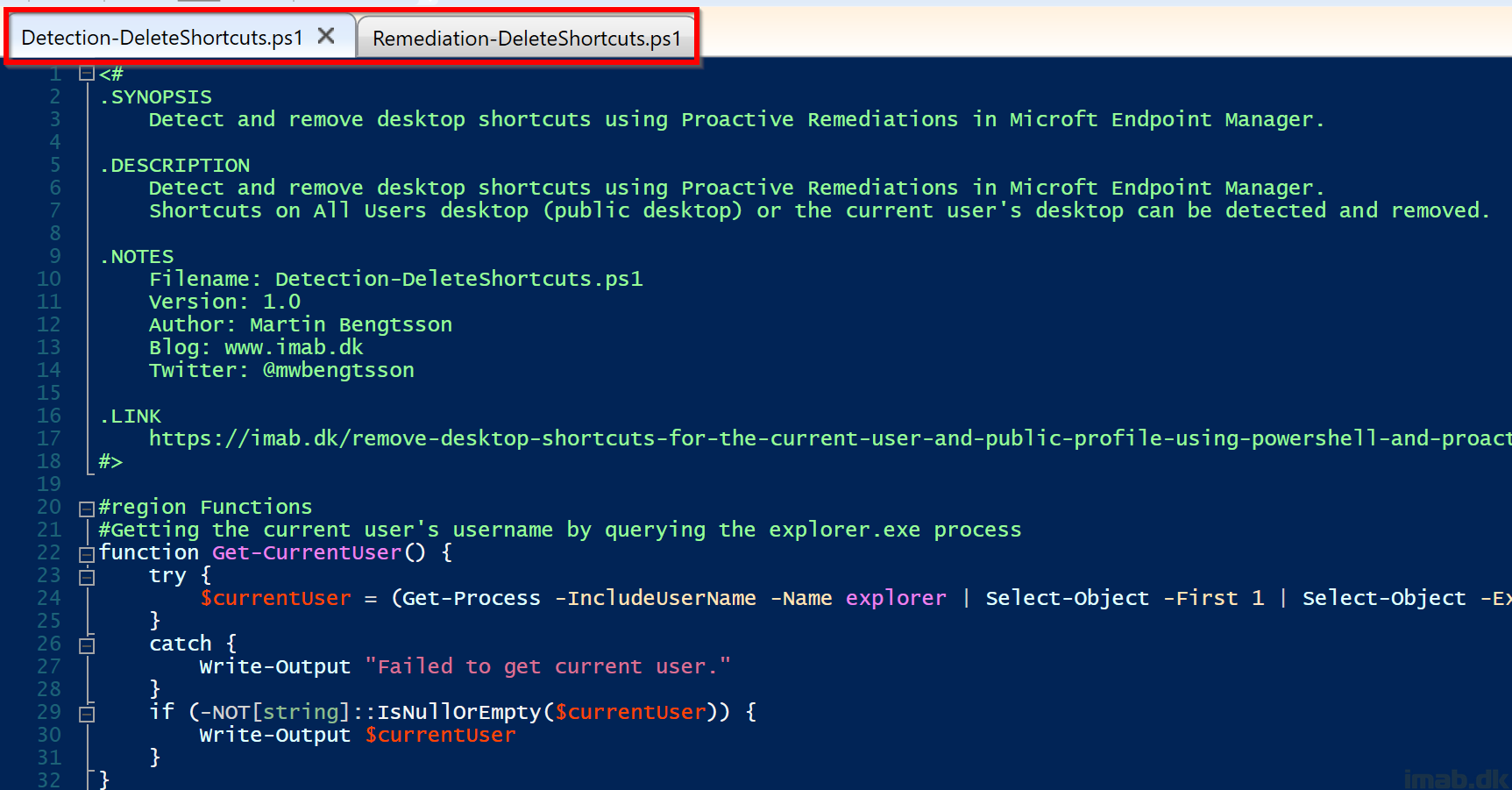 So, I’m quite far behind in my blogging schedule, and I’m merely picking up on a feature which released in preview back some time in May. Luckily, this doesn’t impact the importance of the topic, and therefore I’m still putting it out there.

A neat example of putting Filters to use with Conditional Access, is by protecting your privileged users, like your Global Administrators, with an additional layer, only allowing access to resources if coming from specific devices.

Curious? This post will walk you through how to achieve just that. 🙂

Another kickstarting blog post, getting into the swing of things again after a somewhat lacking period.

Now, RDCman has been revived and arrived last week in a new version 2.8.

For fun and giggles, I did a short PowerShell script which uninstalls the old version (2.7, registered with windows installer) and downloads the new version 2.8 directly from live.sysinternals.com.

This is a little something on the script itself and how to put that to use with ConfigMgr. 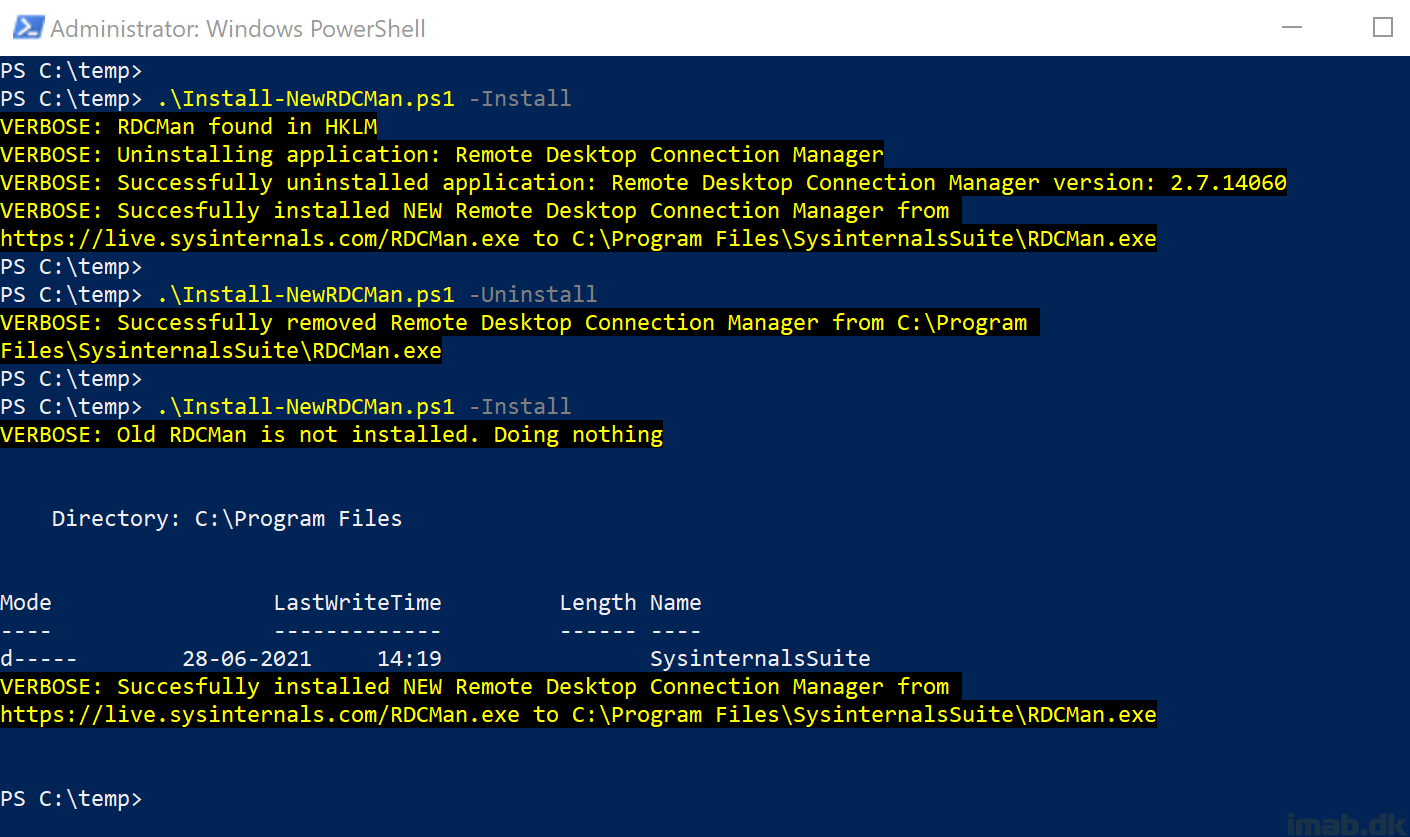 A quick post, serving as a kickstarter for my blogging activities, here (almost) post the covid-19 situation.

Today’s topic is probably not something new for a lot of the amazing IT-pros, who’s already familiar with PowerShell ISE and the Configuration Manager PowerShell module.

Nonetheless, I figured this would be a great way to kickstart my blogging activities, while someone else hopefully will learn something new along the way. 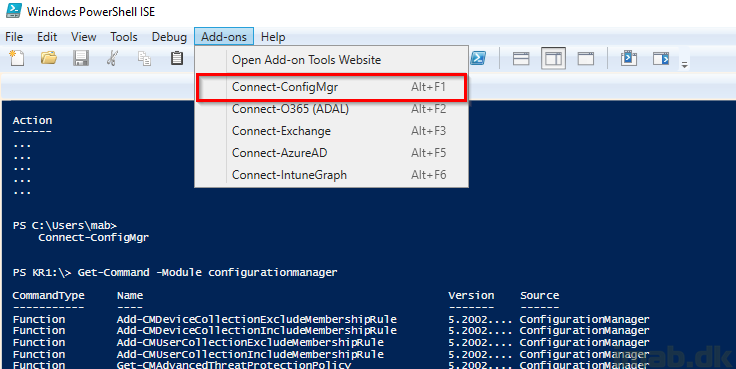 A new version of the Windows 10 Toast Notification Script is here. The script is now being on version 2.2.0.

This version brings the option to run the script and thus display toast notifications coming from SYSTEM context.

A requirement has been so far, that the script is being run with the logged on user’s credentials. This is still recommended, but for scenarios where this is not possible, like running this with a task sequence (task sequences always run as local system), this new ability will give you the option to display toast notification for the logged on user, even if coming from local system context.

The work done here, with running the script under SYSTEM, is entirely done by Andrew. Thank you! 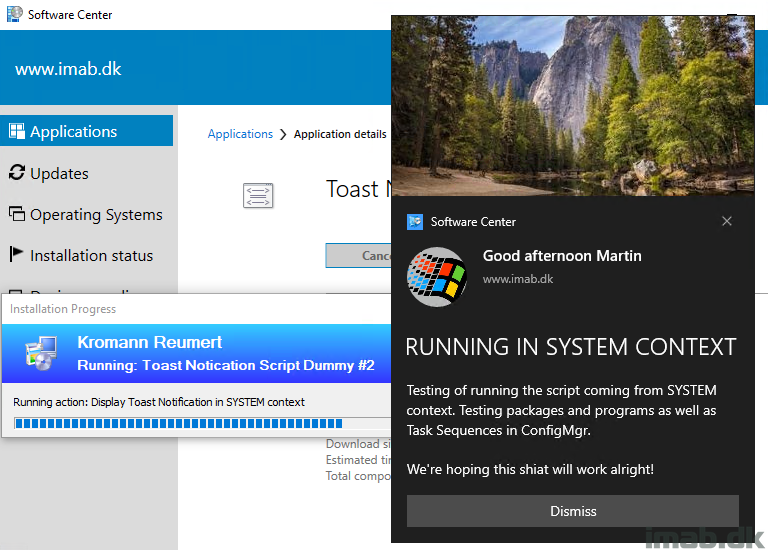 Almost a year ago, I wrote a blog post on how to configure Microsoft Teams application settings using Configuration Manager and Powershell. For good measures, find this post in the link below:

Not too long ago, I started getting some reports on, that Teams is no longer picking up the changes made to the config.json and that Teams is hanging at the loading screen. I initially tried to reproduce, but was unable to.

I decided to invest some more time into the issue, and ended up being able to reproduce and find the cause. In the process of troubleshooting, I decided to try and move this into Proactive Remediations in Microsoft Endpoint Manager as well. The result made up this blog post.

Below a quick illustration of running the solution manually. The detection script detects that Microsoft Teams needs its settings configured, and the configure script carries out the configuration. 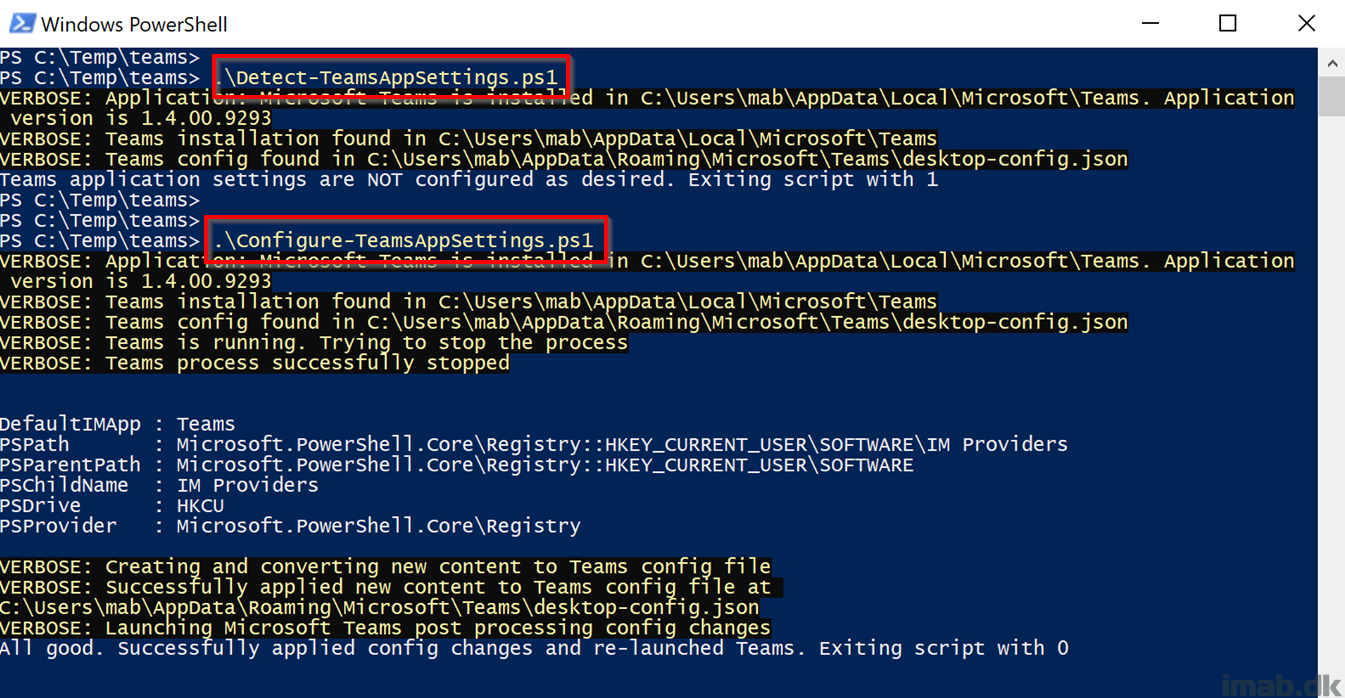 This is just a really quick post, describing how you configure Microsoft Edge to always – and without prompting the user – open certain links in their associated application.

This might seem like an odd and out of the ordinary post, but I needed this myself, and failed to find the relevant details described properly anywhere.

The mentioned prompt is something that’s generated when opening links to Teams meetings, or when trying to open Office documents in their respective desktop application.

Prompts which in most cases are irrelevant to the end-users, and by eliminating those, the user-experience is improved by a little. TL:DR down below. 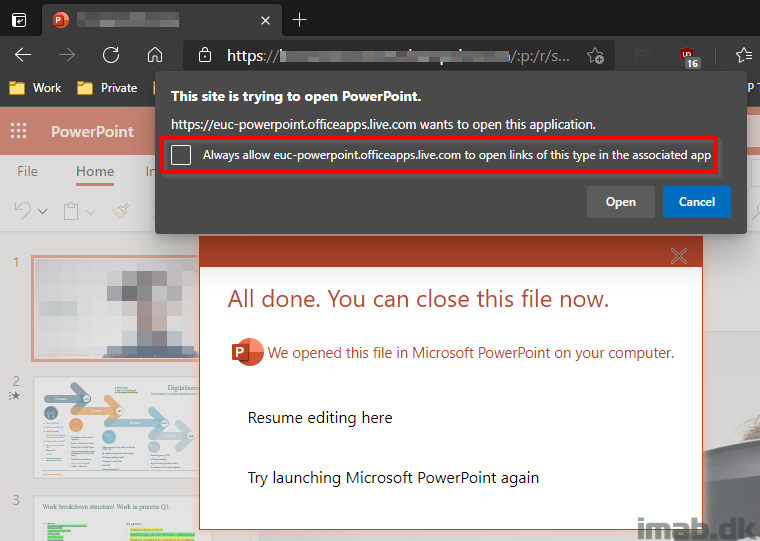 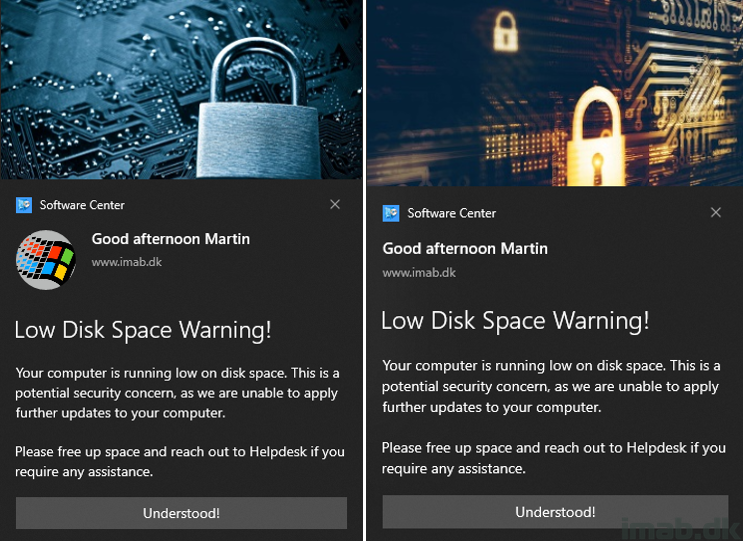